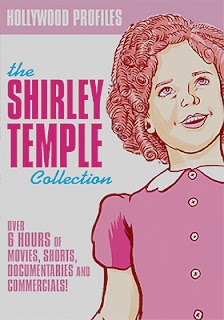 Mill Creek Entertainment continues to expand its February of 2018 priced-to-collect DVD and Blu-ray release calendar with news this past week that the double-disc DVD collection titled Hollywood Profiles: The Shirley Temple Collection will be available for fans to own on Feb 06.