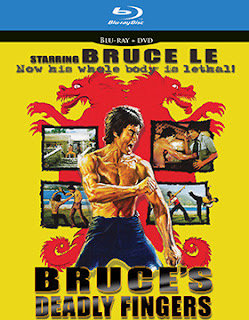 Bruce Lee became a screen legend with the likes of Fists of Fury, The Chinese Connection and Enter the Dragon (which was actually released domestically after his death).   The martial arts craze that he created was at full frenzy with Enter the Dragon and the market demanded more, even if their master was gone.

No problem, theatres were suddenly filled with films featuring Sonny Chiba (The Street Fighter, Champion of Death, etc.), Jimmy Wang Yu (Master of the Flying Guillotine, Return of the Chinese Boxer) and Burmese actor Huang Jian Long, who changed his named to Bruce Le and found fame with such films as The Dragon Dies Hard, Fists of Fury 2 and Bruce’s Deadly Fingers.

For certain urban theatre venues these films — and more — packed them in during the 1970s.   They were hits … they became legends.

To this point, VCI Entertainment announced this past week that a new 2K scan (from the original 35mm negative) of director Joseph Kong’s (aka: Joseph Velasco) 1976 chop-socky gem, Bruce’s Deadly Fingers, starring Bruce Le (with Nora Miao — The Way of the Dragon, New Fists of Fury), will be available on Mar. 27 as a Blu-ray/DVD Combo Pack.

Bonus goodies include commentary by actor/director Michael Worth (author of the forthcoming book titled “The Bruceploitation Bible: The Film Clones of Bruce Lee”) and a collection of martial arts films from the period. 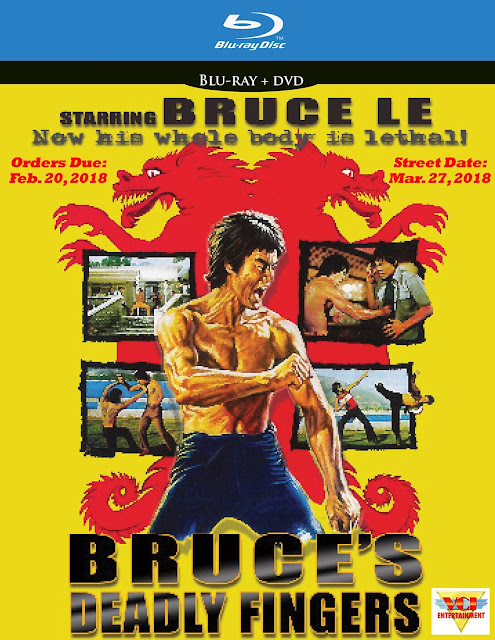