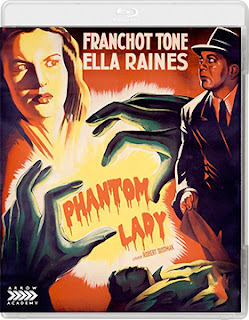 A new transfer from the original film elements of this Joan Harrison film production is what Arrow Video has planned.  Of note, she was twice nominated for Oscars for her screenplays, Rebecca and Foreign Correspondent (both directed by Alfred Hitchcock … she also provided scripts for Hitchcock’s Jamaica Inn, Suspicion and Saboteur). 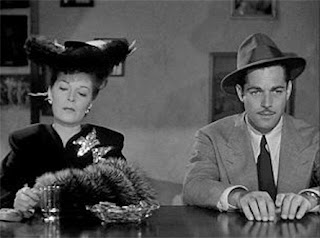 From 1955 through 1962 she re-teamed with her mentor Alfred Hitchcock and produced his anthology series, Alfred Hitchcock Presents (14 Emmy nominations in various categories, with wins Best Editing in 1956, Best Writing in 1957 (James P. Cavanagh) and Best Direction in 1958 (Robert Stevens).

Scott Henderson (Alan Curtis — The Invisible Man's Revenge, High Sierra), a New York City denizen has a blow-up with his wife over her not wanting to attend a stage show and heads to the local watering hole to drown his sorrows.   There too is a mysterious woman (played by Fay Helm) who is as gloomy as he is and they end up using the tickets.   An odd event occurs during the production involving the lead (Aurora Miranda) and then Scott and the mysterious woman go their separate ways. 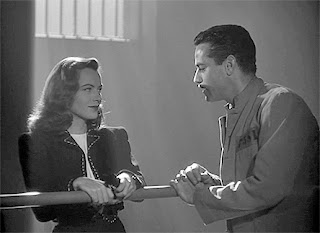 A strange evening takes a turn into darkness when Scott returns home to find the place crawling with police and his wife murdered.   In charge is Inspector Burgess (Thomas Gomez), who listens to Scott’s events of the evening and figures he has an ironclad alibi.   But, upon checking with the bartender (Andrew Tombes), a taxi driver and the star of the show, his alibi falls apart as none of them recall Scott or a mysterious lady.

He is charged with murder, convicted and sentenced to death.   End of story?   This is where the film takes another turn.   Scott’s secretary, Carol (Ella Raines — Brute Force, Impact), is secretly in love with him and decides to become an amateur sleuth, which turns out to be a very dangerous undertaking as her life is constantly in peril.   She will cross paths with the likes of Scott’s best buddy, Jack Morrow (Franchot Tone), Cliff, a drummer at the show (Elisha Cook Jr.), a doctor named Chase (Virginia Brissac) and a milliner by the Kettisha (Doris Lloyd).

Can she solve the mystery of the “phantom lady” and discover the real killer before she too falls victim … or the clock for Scott ticks down to zero and he is executed!!! 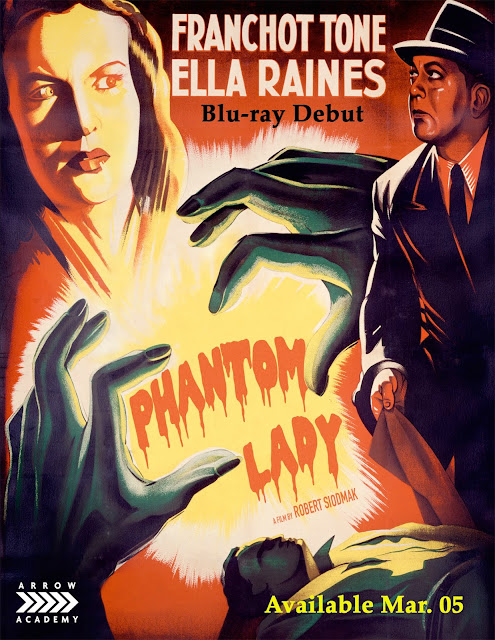