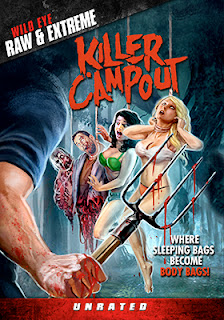 This is a slasher flick with all of the trimmings and that is what is in store for genre fans when they join John (Julio Bana Fernandez — B-More Movie, The Chime) and Laura (Luba Hansen — WrestleMassacre, Fiendish Fables) — who are counselors to a group of emotionally-troubled teenagers — on their campout in the woods.

We recognize the “troubled” teens as the victim pool (although as the events unfold one of these teens is more troubled than meets the eye) and we know from both a prologue and current events that there is a deranged cannibal-killer lurking in the woods.   The “teens” have their individual moments — some frisky action in the woods, with plenty of flesh —  before we get to the main event and the kill, kill … KILL!!!

Feb. 12, genre fans get their fill — of both flesh and violence — with Wild Eye Releasing’s Killer Campout.   Bonus features include a behind-the-scenes featurette and a specially prepared music video. 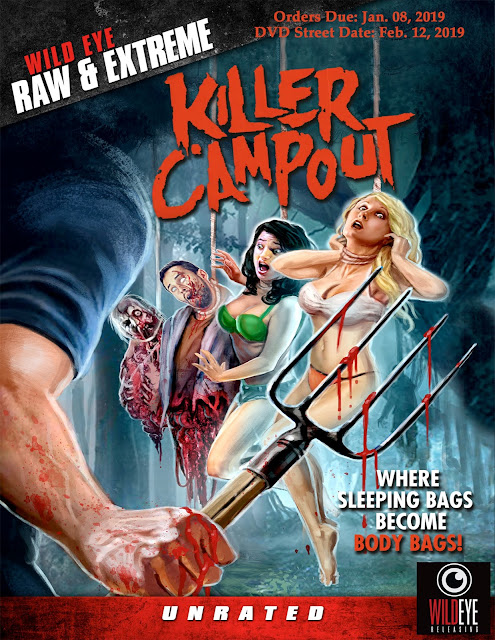