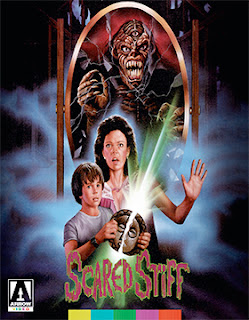 During the Halloween promotional season of 1987 indie theatrical specialist, International Film Marketing brought the Manson International production of Scared Stiff to market.  The theatrical launch was limited and it was soon available on VHS from CBS/Fox (as memory recalls), but damned if we can find any legitimate DVD release in the intervening years.

So it certainly piqued our attention when Arrow Video, with domestic sales and distribution expertise provided by MVD Entertainment Group, announced this past week that director Richard Friedman’s Scared Stiff will be getting a new 2K restoration for release on Blu-ray this coming Apr. 23.

We just checked with the amazon.com web site and a vintage VHS copy is fetching $125, so what are you waiting for … get those orders in and get ready to be Scared Stiff on Blu-ray in April!!!

David Young (Andrew Stevens) is a psychiatrist who buys an old antebellum mansion in Charlesburg (filming was actually in and around the Miami area) and settles in with his rock star girlfriend, Kate Christopher (played by Mary Page Keller in her film debut), who is recovering from a nervous breakdown. 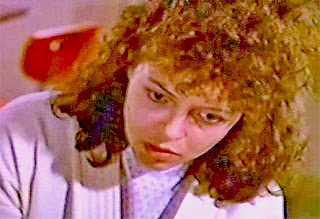 It seems that the house has a history and in no time the very “receptive” Kate is seeing ghosts … if she was bonkers before her arrival at her new digs, you can only imagine the hell she faces with voodoo zombies stalk the halls!! 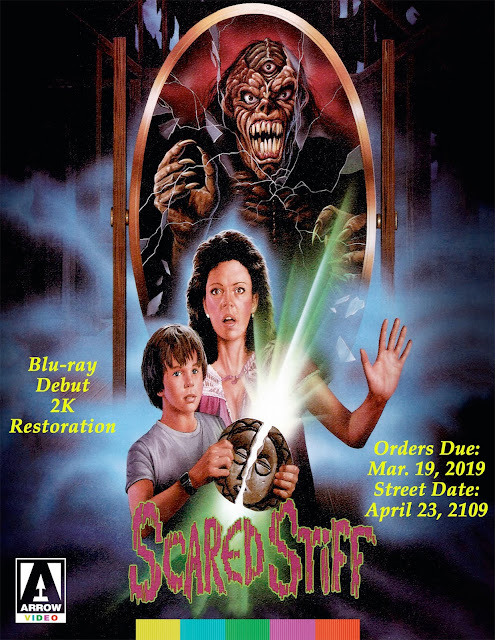