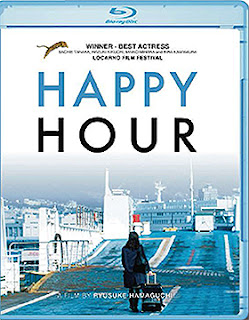 Icarus Films and The KimStim Collection have selected Feb. 12 for the release a double-disc Blu-ray presentation of Japanese filmmaker Ryusuke Hamaguchi’s Happy Hour.

This intense tale of life, love and careers in Kobe, Japan as experienced by Akari, Jun, Fumi and Sakurako  — four women in their late 30s — who have reached a crossroads in their collective lives which will test their friendships.

Hamaguchi’s epic film is of Japanese culture; of Japanese theatre.   The superficial nature of a discussion about one’s job or Jun’s (played by Rira Kawamura) forthcoming divorce, are but openings to broader issues that reflect issues, not only in the lives of Hamaguchi’s protagonists, but of modern Japanese society in general.

In other home entertainment release news this past week from Icarus Films, Mar. 5 will see Icarus teaming up with France’s Distrib Films for the domestic DVD debut of Hungarian filmmaker Kornél Mundruczó’s Jupiter’s Moon, a surreal sci-fi-themed tale focusing on the current refugee crisis that is plaguing Europe. 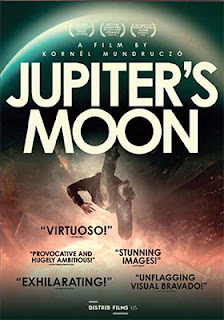 Aryan (Zsombor Jéger) doesn’t care where he lands as long as he is out of war-torn Syria.   As he and his father, who are part of a larger group of refugees, make their way across the 110-mile long Serbian border with Hungary, the group is set upon by Hungarian border guards.   Aryan runs blindly into a wooded area where he encounters the particularly brutal László (György Cserhalmi — Zelary, An Island of Their Own, etc.), who proceeds to gun him down.

So much for our story, Aryan is clearly bleeding out from his wounds, but then the beginnings of what might be a brutal action film about the terrors Syrian refugees face suddenly steers into the surreal.

In short order he comes under the kindly care of a doctor who volunteers in the nearby refugee camp.   A saint to be sure!    Well, let’s hold off on that saint stuff for a moment as the good Dr. Stern (Merab Ninidze) is using his access to the camps to shakedown the desperate detainees.

As Stern examines Aryan, droplets of blood from his chest float off into the air and then suddenly he too begins to rise; to float above the ground.   And if that wasn’t enough to give one the heebee-jeebees, Aryan miraculously heals … Stern can’t believe his eyes, but the tests confirm it.

This, of course, is a miracle that must be shared with the world!   Not if you are Dr. Stern … this is a blessing that needs to be exploited.   He makes a pact with the naïve Aryan, he will help him get the necessary papers to enter Europe legally and in exchange he would like the young man’s help with others under his care. 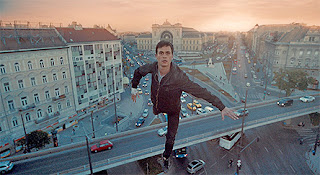 P.T. Barnum would be proud, Dr. Stern and his pocket of on-demand miracles.   The money rolls in … a Judas goat and his shepherd working the flock.

Remember László from the woods?   Jupiter’s Moon comes full circle when Aryan, with the help of Stern (no less), escapes the camp and becomes the hunted target of László.   The hinted “action thriller” from the early sequences of the film arrive full blown as Aryan plays a supernatural cat-and-mouse game with László and his minions on a daring dash through the streets of Budapest. 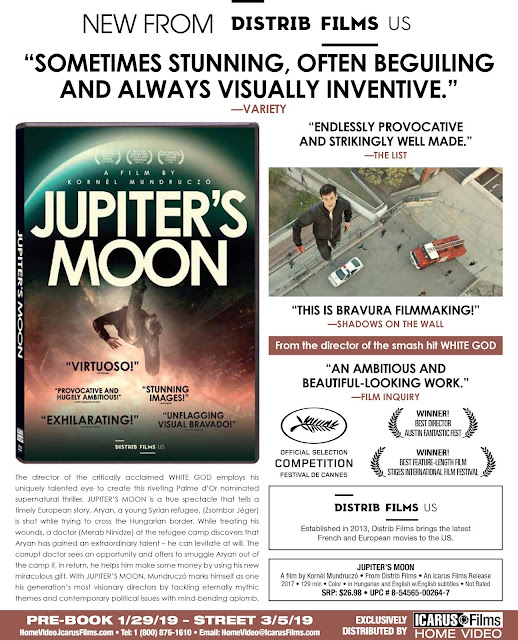