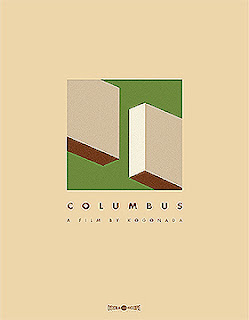 Oscilloscope Laboratories announced this past week that video essayist-turned-writer/director Kogonada will see his award-winning film, Columbus, available as both DVD and Blu-ray product offerings on Mar. 26.

The ARR comes in at a long-in-the-tooth 599 days and domestic ticket sales generated from the film’s arthouse run were right at $1 million, which is an impressive number for a film festival entry.

Columbus debuted at Sundance in 1997, traveled the world throughout 1997 and into early 1998.   In the middle of that road trip there was a limited arthouse theatrical run that began in early August of 1997 and, largely through word-of-mouth, was extended again and again until early November of that year.

OK, we are going to give away a trade secret right up front here.   If you see the name “Parker Posey” in an independent film it is a sign the film in question is one worth seeing.   Any indie filmmaker that is lucky enough to have her sign on — even if the role is minor (a couple of days on the set and gone) — means that they’ve found the lucky penny; their film is blessed by a muse … and film-goers in the know look for these little films with Parker Posey. 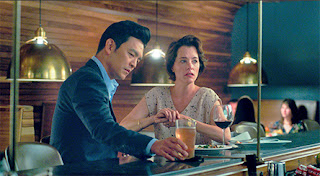 The same holds true for genre films … fans of those are drawn like moths to a flickering flame if they see Debbie Rochon’s name in the credits.

Hmmmm, what masterpiece of filmmaking might be in the offing if Debbie Rochon and Parker Posey closed that six-degrees of separation and appeared in film together?

But we digress, all you need to know is that Parker Posey has a small role in Columbus, which says quite a bit since this is Kogonada’s debut as a director.

The film itself features Columbus as one of the framing components to the narrative — no not that famed university city with the Best Damn Band in the Land and the home of Brutus the Buckeye, but the Columbus next door in Indiana.

For those not in the know, Columbus, Indiana is the home to no less than seven National Historic Landmarks, including five designed by Eliel Saarinen, and 13 additional Modern marvels — basically the architectural go-to place in the country.   There are buildinga here designed by the likes of Gunnar Birkerts, I. M. Pei, Charles Franklin Sparrell, Robert Venturi and Harry Weese. 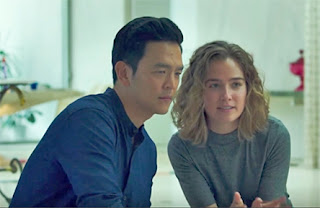 As we mentioned, Kogonada makes good use of Columbus, Indiana and its rich heritage of architect as a framing device for the two main characters to interact with.   The first of these is Jin (who is immediately recognizable as the new “Sulu” in the current Star Trek round of films, plus “Harold” of Harold & Kumar Go to White Castle … among others in the comedy series), who is stuck in Columbus as a result of his famous father being hospitalized (now in a coma) — he was there to lecture on, architect.

The second is a life-long resident by the name of Casey (Haley Lu Richardson — Split, Operation Finale, The Edge of Seventeen, The Last Survivors, etc.), who had a rough up-bringing (mother was into drugs) and has made the most of it.   She has a bright future and knows every nook and cranny of Columbus … and all of the history; a regular little docent for the history of the architect of the city. 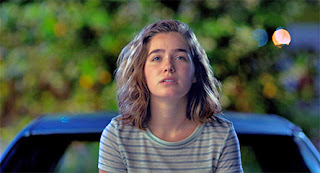 This mismatch pair — sort of like a September/April couple — meet and find an unlikely kinship.   He wants to get out of Columbus and she spends a considerable about of energy convincing him of its charm and beauty, while she really needs to get out and experience the world; go to college and let her mother go … so he works on showing her a future beyond the confines of Columbus.

Columbus emerges as a sweet character study where the audience is quickly invested in the happiness, if not the love, that both Jin and Casey might find.   A sweet film … and remember, it has Parker Posey in it!!! 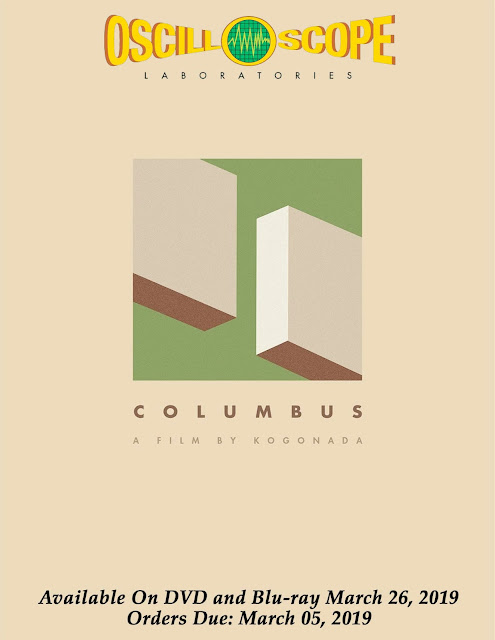 Email ThisBlogThis!Share to TwitterShare to FacebookShare to Pinterest
Labels: Oscilloscope Laboratories Will Release DVD And Blu-ray Editions Of Writer/Director Kogonada' Columbus On Mar. 26