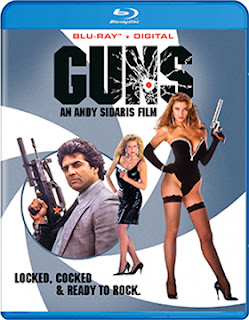 Mill Creek Entertainment announced its first wave of priced-to-collect DVD and Blu-ray product offerings that will be available in the post-Labor Day period.

The first to surface are two new Blu-ray presentations in the iconic Andy Sidaris “Bullets, Bombs and Boobs” series of eye-candy action films.   Streeting on Sept. 16 will be Guns and Do or Die.

Already released — or ready to rumble — are Blu-ray editions of Hard Ticket to Hawaii and Malibu Express (April 16) and the forthcoming Picasso Trigger and Savage Beach (arriving for fans to enjoy on July 9).

We these two gems, Mill Creek now has six of the 12 films that filmmaking empresario Andy Sidaris produced, directed and wrote between 1985 and 1998 either released or heading to Blu-ray.

With Do or Die, which followed after Guns (more on that in a second), you could easily argue that he was at the top of his game.

First, he’s got the formula that made him such a cult favorite down to a science.   L.E.T.H.A.L. agents Dona Spier returns as Donna Hamilton and Roberta Vasquez reprises her role as Nicole Justin … both are former Playboy Playmates of the Month. 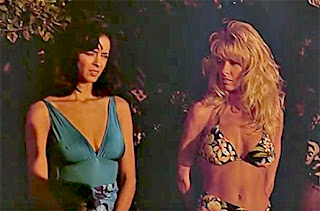 Next, he’s got Oscar nominee for Best Supporting Actor, Pat Morita, on hand as the infamous Masakana 'Kane' Kaneshiro, who captures our lovely ladies in the early-going and we, as fans, expect the worst.   A swift death, perhaps with a little torture, for Donna and Nicole, but instead this “cat” turns his little “mice” loose with a head start in an all-but-sure game of death.   Brilliant!!!

Kane has not one or two teams of assassins, but six … yes, six teams at the ready and all on a mission to kill these lovely L.E.T.H.A.L. agents.    As the genius bad guy, Kane knows that Donna and Nicole can more than handle themselves, so it will be necessary to have such overwhelming numbers to “even the playing field.” 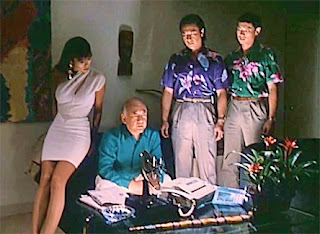 Sidaris absolutely nailed it here.   There’s action (and we mean “action” in more ways than one), an assassin team, more action, another assassin team … and so on, until the final showdown.   Also getting in on the action are Cynthia Brimhall (yes, another Playmate), Pandora Peaks does a guest turn as Atlanta Lee, and Carolyn Liu struts her stuff as Kane’s evil sidekick, Silk.

The other Sidaris film being released on Blu-ray on Sept. 17 is Guns, starring the aforementioned Dona Spier and Roberta Vasquez, in a tussle with the Jack of Diamonds (played by Erik Estrada).  It was release one year earlier (1990) and is the perfect lead-in to Do or Die. 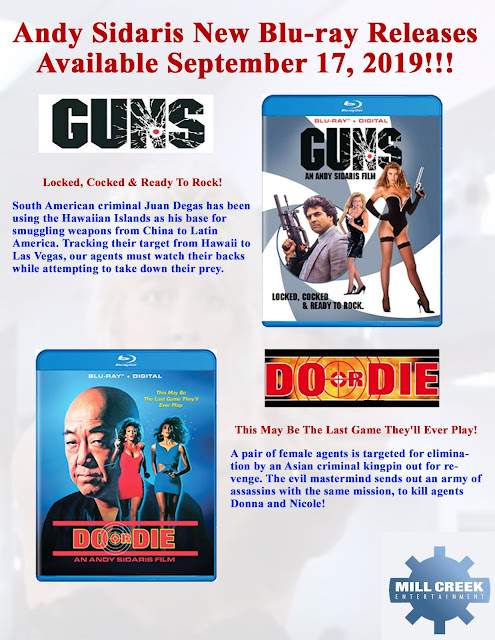 Email ThisBlogThis!Share to TwitterShare to FacebookShare to Pinterest
Labels: Mill Creek Entertainment Preps Two More Andy Sidaris Blu-ray Releases • Guns And Do Or Die • For Delivery To Fans On Sept. 17