Documentary Filmmaker Liam Barker’s Voice Of The Eagle: The Enigma Of Robbie Basho On DVD And Blu-ray From MVD Entertainment Group On Dec. 13 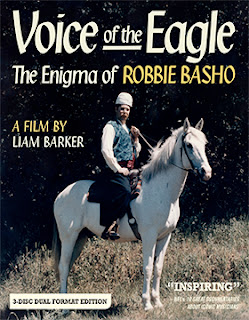 Back in late-1960s and early 70s the world of music became enamored with Ravi Shankar (Monterey Pop Festival, Woodstock and the Concert for Banladesh), but nearly a decade earlier a college student, who was into folk music, happened upon the music of Ravi Shankar and forged his own unique interpretation of the sounds with just a 12-string acoustic guitar.   His name was Robbie Basho.

MVD Entertainment Group will be bringing documentary filmmaker Liam Barker’s Voice of the Eagle: The Enigma of Robbie Basho, a look at the life and legend of recording artist and innovator Robbie Basho, to the home entertainment marketplace on Friday, Dec. 13, as both DVD and Blu-ray/DVD Combo Pack editions.

He didn’t limit his music to folk and the sounds of Shankar, but during his formative college years he immersed himself in the world of Japanese music, even to the point of changing his name — he was an adopted orphan — from Daniel Robinson, Jr. (a name given to him by his adopted father) to Robbie Basho (a combination of Robinson and the 17th Century Japanese poet Matsuo Bashō). 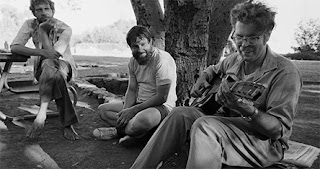 Between 1965 and 1984 he recorded an amazing 14 albums (plus a “best of”), mostly for fellow guitar enthusiast  John Fahey’s boutique Takoma Records … and then died in a bizarre visit to a chiropractor at just 45 years of age.

Robbie Basho might have gone unnoticed in the world of contemporary music, except we have Barker’s documentary and other “American primitive guitar” movement disciples, such as Richard Osborne.   His music is now just being “rediscovered” via labels like Thompson Square with reissues and new compilations of his “visionary” works.  The timing of these DVD and Blu-ray product offering by MVD Entertainment Group is spot-on. 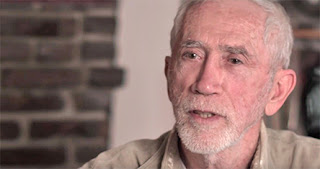 As to bonus materials included with the Dec. 13 home entertainment launch of Voice of the Eagle: The Enigma of Robbie Basho, the DVD includes about a half-hour’s worth of additional material, while the Blu-ray SKU comes packed with two DVD bonus discs containing a whopping 424 minutes worth of additional video sessions (we really like that … too often bonus footage along these lines are just trims) with the likes of Pete Townshend, William Ackerman, Henry Kaiser and Country Joe McDonald, plus archived performances of Robbie Basho’s work. 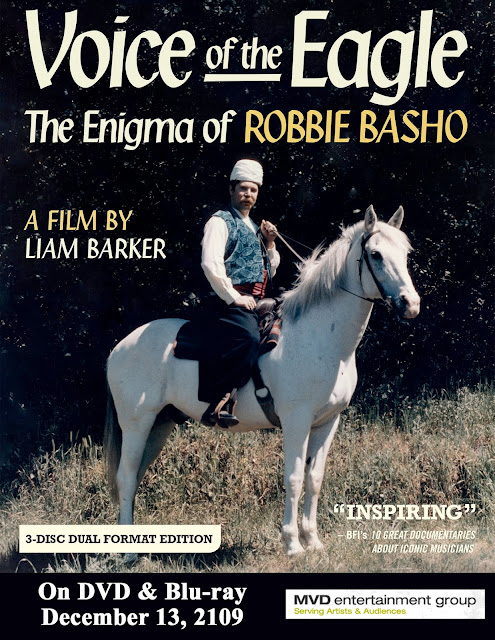 Email ThisBlogThis!Share to TwitterShare to FacebookShare to Pinterest
Labels: Documentary Filmmaker Liam Barker’s Voice Of The Eagle: The Enigma Of Robbie Basho On DVD And Blu-ray From MVD Entertainment Group On Dec. 13