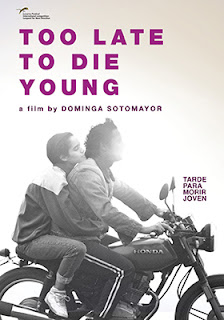 The KimStim Collection will be joining Icarus Films on Nov. 19 for the domestic home entertainment packaged media rollout of Chilean filmmaker Dominga Sotomayor-Castillo’s film festival and arthouse favorite, Too Late to Die Young.

For the record, the ARR for that mid-November street date works out to a leisurely 172 days.

Chile, unlike in the northern hemisphere, during the Christmas and New Year’s period is at the height of the summer months.   It is here, during these days of summer at the end of 1989 that we join teenagers Sofia (Demian Hernández — Víctima Potencial) and Lucas (Antar Machado) in the countryside, far from the tumultuous events of the fall of the military dictatorship of Pinochet. 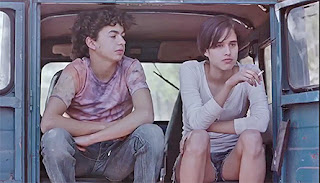 It is a moment in time that Sotomayor-Castillo (Thursday Till Sunday, La Isla) captures in this “drawn-from-her-own-experiences” coming-of-age story — both for the young protagonists and a country that is on the cusp of change.

The families, who are artists and educated, are on vacation in a remote area (think: rustic), well away from the events that are unfolding in Santiago and the changes that were taking place at the time … with still more changes to come.  It was a time of both hope and uncertainty and this is what plays out in this idyllic setting.

Lucas is enamored with the free-spirit Sofia, they are friends, both just 16, but she is already looking for something more.   This comes in the form of an “older” chap by the name of Ignacio (Matías Oviedo — Sr. Larraín), who has a “chopper,” which allows Sofia the freedom to scoot about the countryside.  To be rebellious. 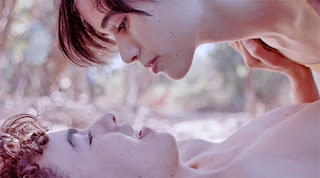 Another member of Sotomayor-Castillo’s collection of young people on holiday is ten-year old Clara (Magdalena Tótoro), who is perhaps too young to understand the excitement and concerns of the adults.   She, however, is more concerned with finding her missing dog … which will be an important element in the week-long “holiday” tale that unfolds between Christmas and New Year’s Eve.

There will other events that will take place in this far-from-home setting that will foreshadow the difficulties of tossing out a dictatorship after 20 long years … what comes next and how do you prepare for it?   Perhaps tomorrow they can focus on that, right now they are on vacation … but!   Ah yes, there is always a “but” in times of change and Sotomayor-Castillo’s film captures these moments with perfection.

Too Late to Die Young is presented in Spanish with English subtitles. 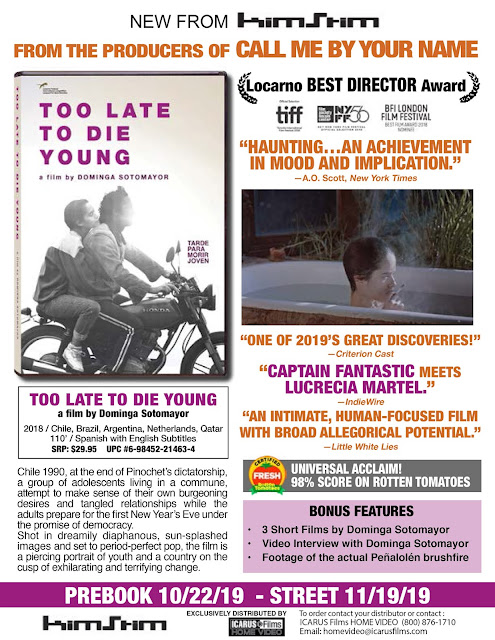