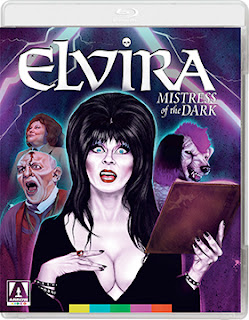 Arrow Video, with domestic sales and distribution expertise provided by MVD Entertainment Group, will be having loads and loads of fun on Apr. 28 with the release of a new 4K film restoration of director James Signorelli’s 1988 horror comedy, Elvira: Mistress of the Dark, as a Blu-ray special edition.

Cassandra Peterson had knocked around the edges of the entertainment business for years as a Las Vegas showgirl, a few small roles in films, a stint in an Italian rock band, a member of The Groundlings and she even found time to pose for Playboy, but it was a casting call in 1981 for the new female host of the proposed revival of “Fright Night” on TV that changed everything.

She got the role and Elvira of the “Movie Macabre” show was born.   She used her showgirl attributes and blended them with her Groundlings comedy timing to create an instant horror cult figure … a marketing force that quickly grew and grew. 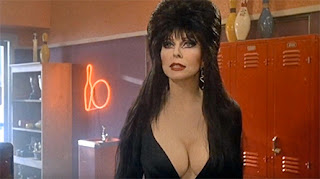 By 1988 it was time for Elvira to star in a movie of her own!!   In Elvira: Mistress of the Dark she plays herself as herself, no Cassandra Peterson in sight.

It is a hoot as Elvira quits her show and soon discovers that she has been named in her great aunt’s will.    She has inherited a spooky old mansion and a book of spells, which eventually has the people of the town claiming that she is a witch who must be burned at the stake.

The plot is just an excuse for Elvira to deliver snappy one-liners, most of which are double entendre jokes about her well-endowed and very shapely body. 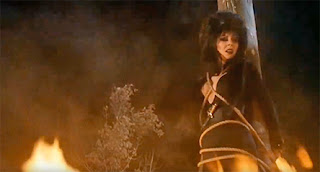 Also included as bonus nuggets are the feature-length documentary Too Macabre: The Making of Elvira: Mistress of the Dark, the featurette titled “Recipe for Terror: The Creation of the Pot Monster,” image galleries, a collection of trailers and the original storyboards. 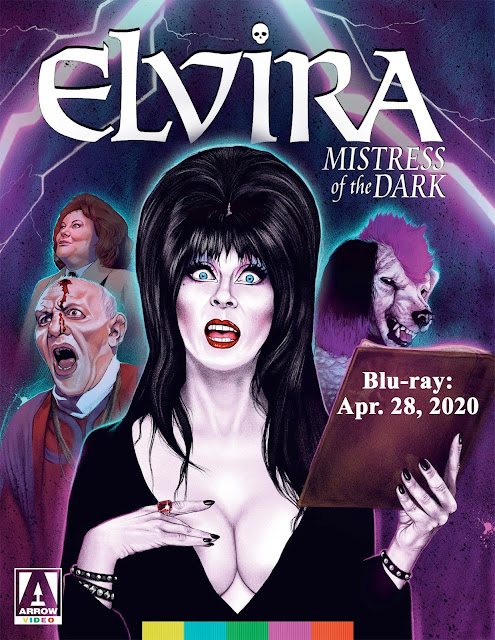