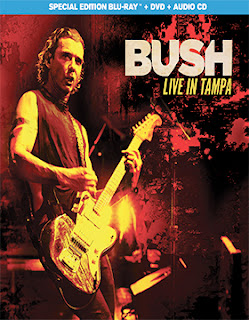 Cleopatra Entertainment, with sales and distribution support provided by MVD Entertainment Group, has selected Friday, April 24, as the debut date for the Blu-ray/DVD Combo Pack presentation of Bush: Live in Tampa.

London rockers, Bush, with Gavin Rossdale as the lead vocalist, embarked upon the 2019 Altimate Tour, which began June 6 at the Grand Theatre at Foxwoods in  Mashantucket, Connecticut and hopscotched across the U.S. an Canada until in wrapped at the Cynthia Woods Mitchell Pavilion, The Woodlands, Texas on Oct. 26 … 49 stops including an Aug. 16 stop at the MidFlorida Credit Union Amphitheatre in Tampa, Florida where a 15 camera set up, using 4K UHD, was waiting to record the 12-song live concert.

The song set included “Machinehead,” “Everything Zen,” “Body,” “Little Things,” “Glycerine” and “Comedown” from Bush’s 1994 breakout album, “Sixteen Stone.”   Other songs from the 90-minute set included “Bullet Holes” from John Wick: Chapter 3 – Parabellum, “Swallowed” from the 1996 “Razorblade Suitcase” CD, “The Disease of Dancing Cats” and “The Chemicals Between Us” from their 1999 album “The Science of Things.”

As a bonus, the Bush: Live in Tampa Blu-ray/DVD Combo Pack includes a CD presentation of the concert. 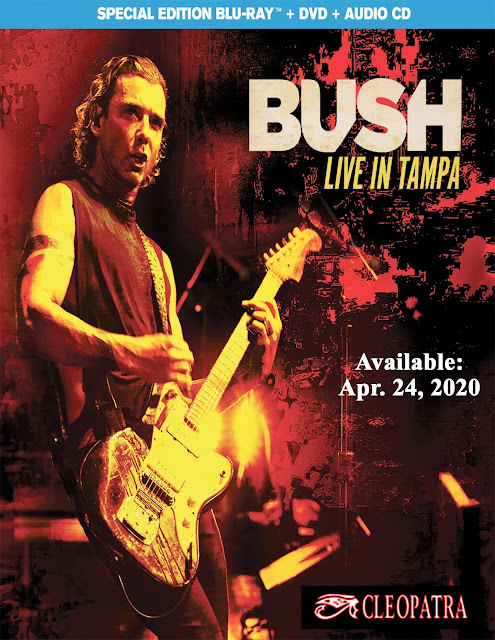