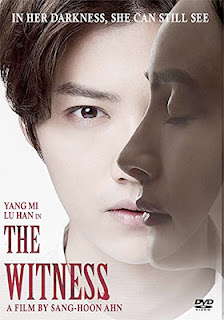 Bayview Entertainment will be bringing director Sang-hoon Ahn’s Mandarin-language remake of his own film, The Witness, to the domestic home entertainment marketplace on Mar. 24.

His first version, Blind, was a South Korean hit in 2011.   Normally, when a foreign-language film is a surprise hit, it gets an English-language remake … some are successful — The Departed (Internal Affairs), The Birdcage (La Cage aux Folles), A Fistful of Dollars (Yojimbo) — some not so much.

It speaks volumes about the rise of the Chinese film industry in the past 20 years … a Mandarin-language remake of a detective thriller from a foreign country.   And by the same director, which is even more interesting.

The new version, The Witness, was released in 2015 and pulled in $33.5 million in China … it was also released in the United States about the same time and generated $418,063 in domestic ticket sales.   That is a very impressive number for a Mandarin-language film with English subtitles.

And what is in more interesting, it didn’t get a domestic DVD and/or Blu-ray release, despite being a huge theatrical hit … that is, until now!   For the record, the ARR works out to a whopping 1,607 days.

In a prologue, we are introduced to a police trainee by the name Lu Xiaoxing (Mi Yang), who is involved in a deadly car accident that costs the life of her young brother and leaves her blind.

We rejoin her story three years later and she is still suffering from the effects of the accident (the mistakes she made that killed her brother haunt her).   As fate would have it, she is involved in yet another auto accident, only this time it is not her fault.

Something happens as a result of this car crash.   She “feels” that the driver, who took off, was in fact out to abduct her … she plays a hunch and contacts a former colleague on the force, Lu Li (Jingchun Wang) and shares her experience.

Bingo!   He is investigating a series of abductions and car accidents involving cab drivers and this fits the profile.   To make matters worse, she may have left her personal diary in the car and Lu Li begins to suspect that the driver might now be stalking her.

There’s a serial killer on the loose and our blind heroine is now both a potential victim (bait) and a detective out to solve the case.   Does she?  Or doesn’t she?

The Witness is a slick, well-made thriller that easily matches Hollywood technical aspects ... those who put the DVD on their viewing lists on Mar. 24 will not be disappointed.   The Witness is presented in Mandarin with English subtitles. 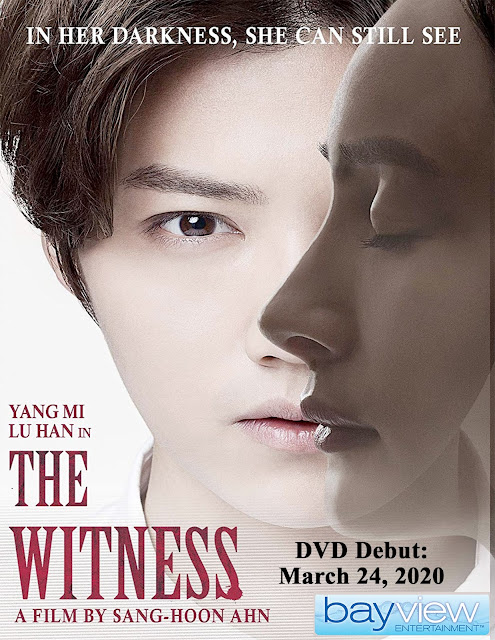