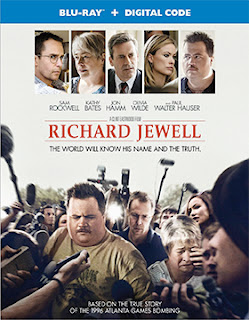 Clint Eastwood is arguably the greatest living filmmaker of the last 50 years.    He has won four Oscars, two for directing (Million Dollar Baby and Unforgiven) and two for his role as a producer (the same two films).

He has a reputation in the film industry for making movies on time and under budget (a craft learned from his Dirty Harry filmmaking mentor Don Siegel).

So it is a rare thing indeed when an Eastwood film fails to perform at the box office, despite a CinemaScore of “A” from audiences, a Best Supporting Actress Oscar nomination (Kathy Bates, her fourth Oscar nomination with a win for Best Actress in Misery) and generally favorable reviews, including a “Top Ten Films of the Year” acknowledgement from American Film Institute. 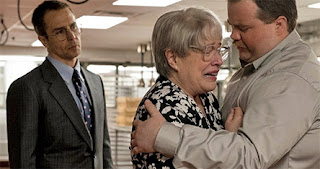 Of course we are talking about his latest directing and producing release, Richard Jewell, starring Paul Walter Hauser (I, Tonya, BlacKkKlansman, Late Night) as the title character.

Warner Bros. Home Entertainment announced this past week that Mar. 17 will be the street date for both DVD and Blu-ray editions of the film.

The ARR works out to 95 days and the domestic box office take, despite being an Eastwood film with solid audience support, currently stands at a less-than-expected $22.3 million.

Richard Jewell was a rent-a-cop at the 1996 Summer Olympic Games in Atlanta, when he happened to be in the right place, at the right time, and discover a bomb that had been placed in Centennial Park.   He was initially heralded as a hero, but soon the FBI and media turned on him and made his life a living hell.