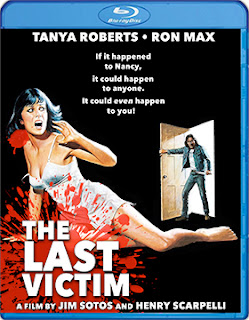 Tanya Roberts was an unknown in 1975, long before her role as Julie Rogers on Charlie’s Angels, or as “Bond” girl Stacey Sutton in A View to a Kill … or even before The Beastmaster and Tourist Trap.

Her debut film was the PG-rated remake of writer/director Shaun Costello’s 1973 X-Rated adult film, Forced Entry (starring Harry Reems … which was kind of an adult homage to The Last House on the Left, which was released the previous year).  Titled The Last Victim, it got a quick in-and-out theatrical release through indie distributor Howard Mahler Films in October of 1975 and was then gone … forgotten. 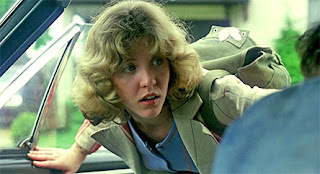 After that, Roberts career grew and grew and so some enterprising indie picked it up, added some extra footage and re-released to take advantage of Tanya Roberts new-found stardom (Century International was the company, which was so far below the radar that it didn’t even make Box Office Magazine’s 1984 annual “Buyer’s Guide” of film distributors).

The new title was Forced Entry and suddenly Tanya Roberts has a co-star, Nancy Allen, who had a small part as one of the victims, but she too had moved from no-name to star with such films as Carrie, Blow Out and Dressed to Kill … so hype it!!

The story focuses on an auto mechanic by the name of Carl (Ron Max), who is as nice as nice can be to the customers and his little old lady neighbor, but if he spots an attractive young woman … rape and murder follow (Nancy Allen played a hitchhiker that Carl picks up). 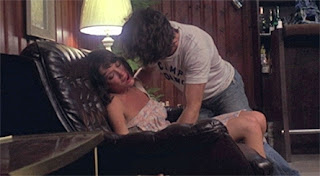 For most of the film we follow Carl’s crime spree, with time out taken here and there to check in on Nancy Ullman (Tanya Roberts) and her home life.   As luck would have it, her car needs some work and Carl is the guy.   He can’t help himself and the big climax is his assault on poor Mrs. Ullman …

Dark Force Entertainment has lined up a new 2K scan from the original film negative … plus the extra scenes from a remaining 35mm print and gives the viewer both viewing options — The Last Victim or Forced Entry.   Enjoy!! 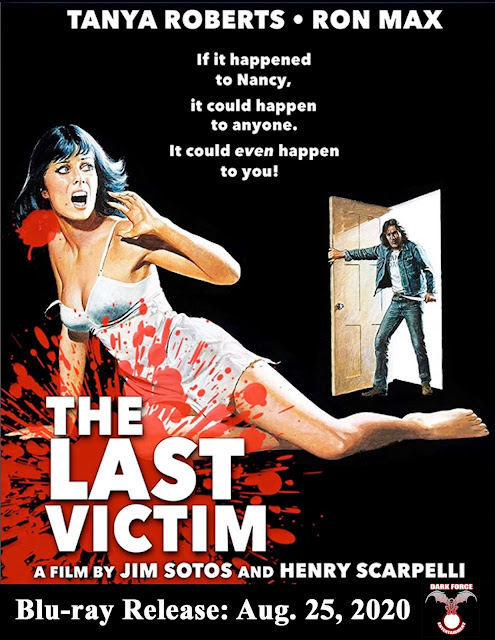