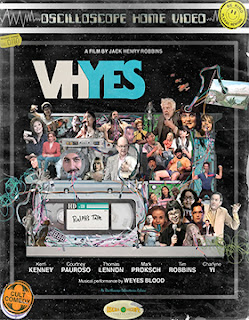 Oscilloscope Laboratories has some good times lined up for July 14 with the DVD and Blu-ray debut of director Jack Henry Robbins’ VHYes.

This quirky comedy got a limited theatrical (yeah, yeah, yeah, we all know by now what that means … with the Covid-19 and all) and, for the record, arrives in the home entertainment packaged media marketplace with an ARR of 179 days.

In VHYes, we are introduced to Ralph (Mason McNulty — Assimilate, 12 Pups of Christmas), a twelve-year-old kid in the time of VHS.   Yes, it’s 1987 and Ralph has just celebrated Christmas with the gift of a video camera and is eager to use it.

He needs a tape for his project and that’s where things go south.   Ralph finds his parent’s wedding tape and begins haphazardly recording over it … and that’s the “movie” that we are tuned into.   His “must-see” cinema verite, stream-of-conscious video playlist … recorded from hither and yon. 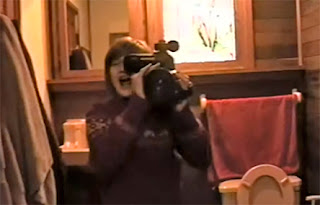 A while back, Oscilloscope put out (May of 2018 to be exact) a DVD and Blu-ray release that was simply titled Road Movie.   It is a simply hilarious collection of Russian dash-cam videos … assembled together featuring wrecks and other things that happen randomly on the highways and back roads of Russia.  It is deceptively simple entertainment and yet totally mesmerizing in its viewing.

Robbins’ VHYes is the 1987-era equivalent.   Ralph quickly learns that he can record anything from late night TV and that’s when it gets truly weird (ignore that his father is beginning to ask questions about the source of his tape). 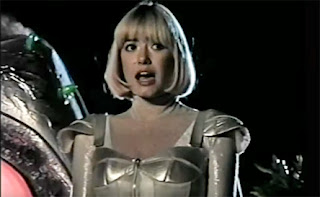 The entire movie is actually recorded on the same technology from the period and that makes it even stranger, if that is possible.   There is also a subtext that you begin to pick up on as the “movie” progresses … this technology will eventually become an addiction.

Bonus features include — are you ready for this — extended scenes with “Sexy Swedish Aliens” (we told you VHYes was weird) and two Sundance Film Festival short films from Jack Henry Robbins, Hot Winter and Painting with Joan (both equally weird and film festival winners as well). 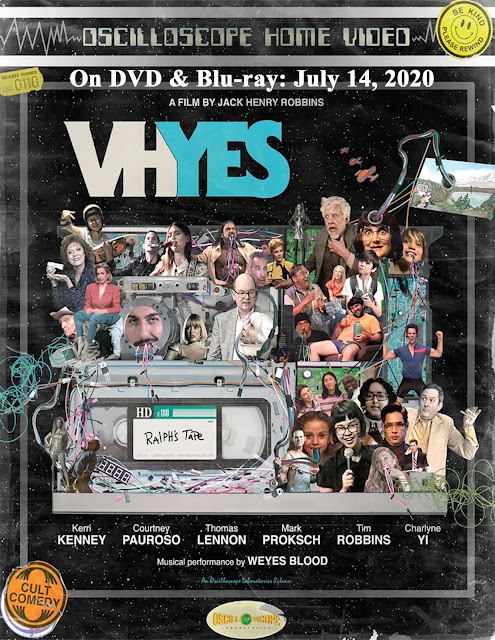