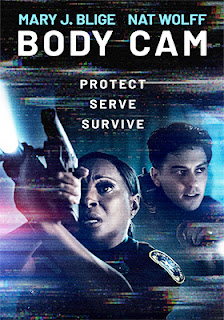 Patrol cop Renee Lomito (Mary J. Blige — Mudbound, Rock of Ages, Prison Song) is on a seemingly routine patrol when her partner is killed in a bizarre way; gruesome.  No problem, her body cam recorded the entire incident.

She watches it and it appears that something out of the ordinary, perhaps without explanation occurred.   Here’s the catch, when she tries to share the footage with her superiors, nothing.   Nada.   She’s the only one that can see the ghostly image.

You guessed, she’s turned over to Dr. Lee (Han Soto) for a psych analysis … clearly she’s crazy or perhaps suffering from PDSD as a result of losing her partner.   There’s just one problem more cops start dying from the unexplained.

Without giving away the twist, let’s just say that a murder took place, some cops were involved … and this is payback.

Body Cam plays out like a haunted house thriller, except it takes place on the streets, dark alleys and businesses where Lomito patrols.   Death, sudden death, comes out of the blue … and when you least expect it. 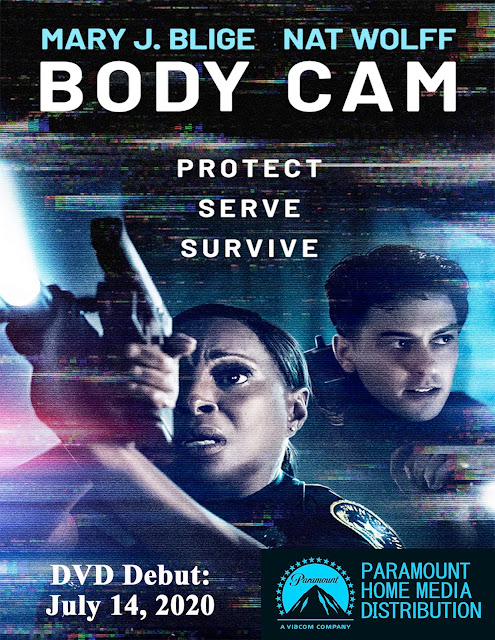