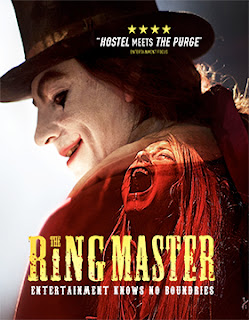 Jinga Films, Ltd., with sales and distribution expertise provided by MVD Entertainment Group, has tabbed July 6 as the street date for both DVD and Blu-ray editions of director Søren Juul Petersen’s 2018 film adaptation of Danish writer Steen Langstrup’s 2011 award-winning novel, “Finale” — translated into English and published in 2018 — which was retitled for the screen as The Ringmaster.

An audience of elites have their evening of entertainment planned.  It is a sadistic evening of terror and torture provided by the “Ringmaster,” who recruits the “actors” and puts on a show.   Who stars in this evening’s production is quite random … it could be anybody; it could be you!

What makes The Ringmaster creepy is that in this day and age of iPhones and video content of everything under the sun being streamed live is that the thought of terror as “performance art” is all too real.

Such is the case for two young women, Agnes (Anne Bergfeld in her feature film debut) and Belinda (Karin Michelsen), who have the evening shift as attendants at Agnes’s father’s gas station.   It is an active place, well-lit and with lots of traffic.   However, things are not quite right this particular evening and both Agnes and Belinda sense that something might be up.   They are right. 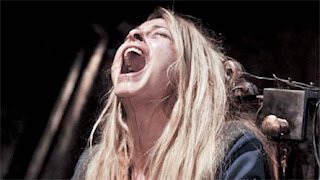 Enter “The Ringmaster” (Damon Younger — Outlanders, Black’s Game, Ferox), who takes the two prisoner and then makes them the stars of his live-steam show — a show complete with the audience providing comments, suggestions and cheering on the creative talents of the show’s host.

Langstrup’s film worked the film festival circuit throughout 2019, piling up Best Picture wins at the Horrorhound Film Festival, Motor City Nightmares, the Russian International Horror Film Festival and Awards and more, many more.  In November of 2019, Jinga Films acquired domestic rights and, well, we all know what happened next.

Finally, this horror tale will be making its domestic home entertainment package media debut on DVD and Blu-ray courtesy of Janga Films on July 6.   Who lives?   Who dies?   Only “The Ringmaster” knows … July 6 to find out. 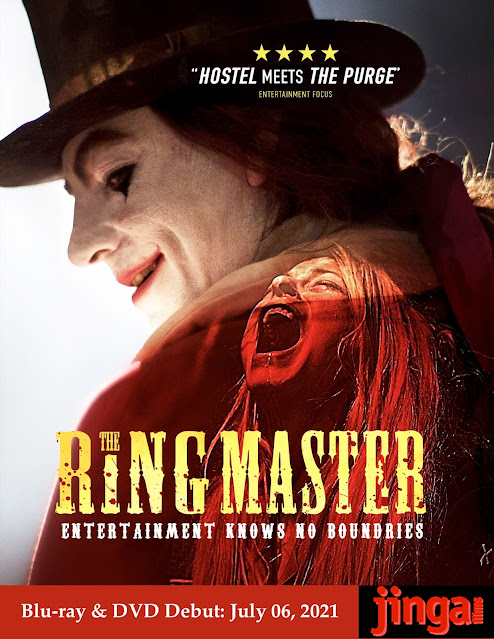 Email ThisBlogThis!Share to TwitterShare to FacebookShare to Pinterest
Labels: Director Søren Juul Petersen’s The Ringmaster On DVD And Blu-ray From Jinja Films On July 06