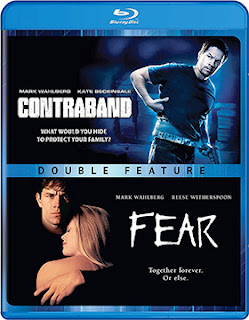 Two good turns certainly deserve another!!  That is the word from Mill Creek Entertainment this past week.

Already in place on June 8 were the star-power double-feature releases on Blu-ray of Jamie Foxx Double Feature (Miami Vice double-billed with The Kingdom) and the Matt Damon Double Feature (teaming The Adjustment Bureau with The Good Shepherd).   That Blu-ray priced-to-collect promotion just seemed too good to pass up, so Mill Creek Entertainment has sweetened the deal by adding the double-feature Blu-ray combo titled Mark Wahlberg Double Feature to the mix.

Chris Farraday (Wahlberg) is retired, living the good life in New Orleans with his wife Kate (Beckinsale), when a drug-smuggling deal goes bad that involves Kate’s brother, Andy (Caleb Landry Jones).   Suddenly Chris is back in action as Andy’s boss, Tim Briggs (Giovanni Ribisi) makes good on the loss … or, everyone dies!!!

The solution, smuggle $10 million counterfeit currency into the country and settle up with Briggs … everyone walks away happy and alive.   That, of course, is just too simple as everyone involved in the deal has other motives, including the smuggling of something far more valuable.   Blood will be shed and not all of the parties to the deal will get out of it alive.   Some, however, will make out like bandits.

A teenager by the name of Nicole (played by Reese Witherspoon) lives the good life with her parents Steven (William Petersen) and Laura Walker (Amy Brenneman) and her step-brother Toby (Christopher Gray) in the Seattle area.  Life is good.  Life is a party. 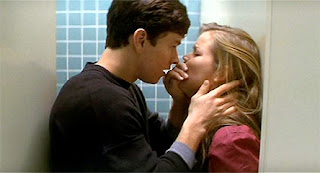 Nicole has a “wild side” to her and soon becomes the target of a psychopath by the name of David (Mark Wahlberg in a very early feature-film role — just prior to his breakout in Boogie Nights the following year), who manipulates her, uses her and as things progress it becomes apparent that he is very, very dangerous.

After murdering one of her friends, it becomes clear to Nicole that she has not only put herself in danger, but her entire family … David soon comes knocking!!

June 8, two-for-the-price-of-one on Blu-ray from Mill Creek Entertainment!!  How can you say no? 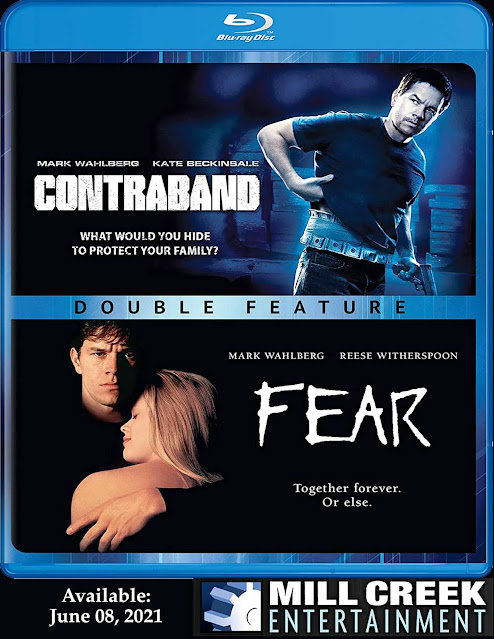