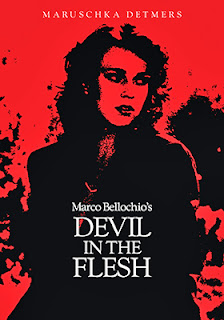 Icarus Films announced this past week that Italian filmmaker Marco Bellocchio’s 1986 film adaptation of the French writer Raymond Radiguet’s controversial 1923 novel, Devil in the Flesh, will be arriving on DVD this coming June 8.

This DVD release from Icarus Films is the uncut European theatrical presentation of the film.

When Radiguet’s novel arrived in 1923 it stirred passions in France, and then elsewhere, for two reasons.   First, the seemingly painful betrayal of a French soldier during World War I — the memories of the war were still fresh in the minds of the public — and, secondly, the affair itself … between a beautiful woman and a teenager.   Shocking!!

Writer/director Marco Bellocchio (In the Name of the Father, My Mother’s Smile, The Wedding Director, etc.) decided to update the film to what was then modern-day Italy — French filmmaker Claude Autant-Lara had directed a more literal version of the film in 1947 with legendary French actress Micheline Presle in the lead. 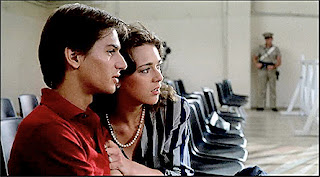 In Bellocchio’s version, the relationships are much more complicated as we find Giulia (Maruschka Detmers — First Name: Carmen, Hanna’s War, The Mambo Kings) attending the trial of her lover, Giacomo (Riccardo De Torrebruna), a member of the Red Brigades.   It is here, where the young Andres (Federico Pitzalis), who has become fascinated with the lovely Giulia, follows her … to the courtroom, and then later to her apartment.

This is where things got crazy with the release of Devil in the Flesh, back in 1986/87, and why it became such a controversial film.   It was first released theatrically in Italy, where it caused quite the stir over a specific sexual act performed between Giulia and the young Andres.   The film then played a few film festival venues — signaling that it was indeed an arthouse film. 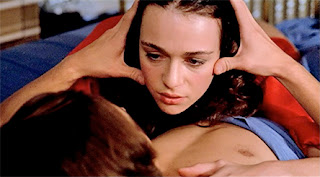 Well, the controversary was simply too much to pass up, so Orion Pictures picked up domestic distribution for release in 1987 … and the MPAA quickly slapped an “X-rating” on the film.   Since “adult” films were now mainstream (following Deep Throat’s breakthrough in 1972/73), audiences drawn to the promoted adult content of the movie were mystified as to what the big deal was … it was an arthouse film, dealing with changing social issues and complicated relationships and not a “flesh-burn” adult romp.

Icarus Films will be releasing Devil in the Flesh on DVD on June 8.  It is presented in Italian with English subtitles … and, as mentioned, uncut. 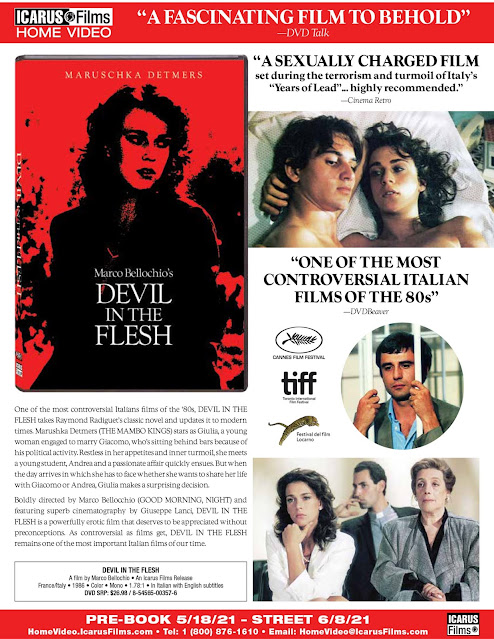 Email ThisBlogThis!Share to TwitterShare to FacebookShare to Pinterest
Labels: Icarus Films To Release On DVD The Uncut European Theatrical Presentation Of Director Marco Bellocchio's Devil In The Flesh On June 08