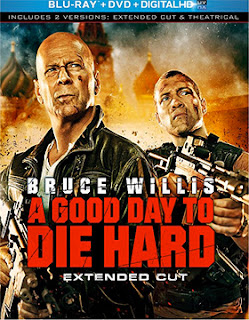 Yippee Ki-Yay all you John McClane fans … 20th Century-Fox Home Entertainment has tabbed June 4 as the street date for Blu-ray/DVD Combo Pack and DVD SKUs (with Digital Copy) of his latest adventure, A Good Day to Die Hard.

The ARR is 109 days and the box office take for the film’s domestic run was a little disappointing at $66.3 million (compare that with the 2007 release of Live Free or Die Hard, which pulled in $134.5 million).

The problem appears to be the choice of John Moore as the director — he seems to be out of his element here (his last film being Max Payne in 2008) — and the script that Skip Woods (The A-Team, X-Men Origins: Wolverine) has delivered.

Yes, it is a Die Hard movie, but it is just not as grand as some of the earlier presentations … unless they can talk screen writer Mark Bomback into delivering yet another multi-faceted story that takes the action to another level (as he did with Live Free or Die Hard) this might be the end of the line for McClane. 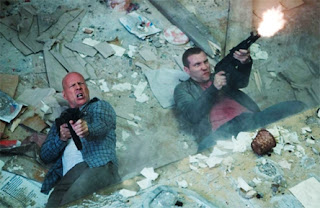 Bonus features are all limited to the Blu-ray SKU.  These include an “extended cut” of the film, commentary by director John Moore and first assistant director Mark Cotone, seven deleted scenes and five production featurettes.