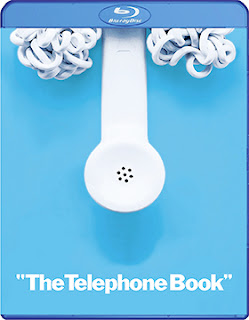 Vinegar Syndrome has tabbed May 7 as the street date for a Blu-ray/DVD Combo Pack release of writer/director Nelson Lyon’s 1971 cult comedy, The Telephone Book, which had a brief in-and-out theatrical release — unless you managed to catch this at a 1970s rep house run, this is little gem has to be viewed as a lost treasure.

Sarah Kennedy (a Laugh-In regular and a few MOMs during the late 70s and then dropped out of sight) stars as Alice, a lonely young woman who falls in love with an obscene phone-caller and embarks on a serendipitous (sexual) journey to find him.