20th Century-Fox Home Entertainment's The Heat On DVD And Blu-ray On Oct. 15 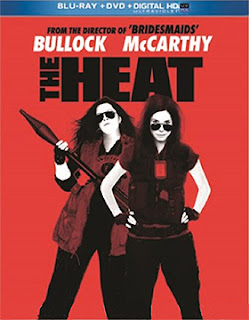 20th Century-Fox Home Entertainment has tabbed Oct. 15 for DVD and Blu-ray editions of actor-turned-director Paul Feig’s follow-up to his 2011 comedy smash film release of Bridesmaids with this summer’s hit, The Heat.

There are three things in common with both Bridesmaids and The Heat — besides being incredibly funny.   These are: Paul Feig, Melissa McCarthy and box office grosses of nine figures … The Heat has generated ticket sales of $149.5 million (more to come), while Bridesmaids pulled in an equally impressive take of $169.1 million.

Throw in comedy veteran (and movie producer in her own right) Sandra Bullock as McCarthy’s acting partner and you have all the makings of a potential film franchise for the studio (The Heat 2 is rumored).

Also on the release calendar this week from 20th Century-Fox Home Entertainment are Blu-ray editions of Fantastic Voyage and Voyage to the Bottom of the Sea … street date is Oct. 8. 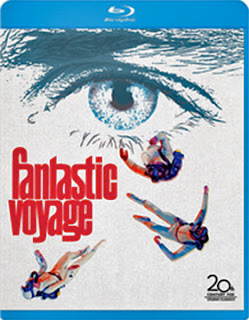 The 1961 Irwin Allen sci-fi thriller sports commentary from author Tim Colliver (“Seaview: The Making of Voyage to the Bottom of the Sea”), the featurette titled “Science Fiction: Fantasy to Reality” and an interview with the film’s co-star, Barbara Eden.

Additonal Blu-ray product offerings added this week included four single-disc double features on Sept. 10 (under the “Own the Moments” promotional banner) … these are: From Hell and The Order; Jennifer's Body paired with Buffy the Vampire Slayer; Mirrors plus Shutter and Wrong Turn teams up with The Hills Have Eyes.