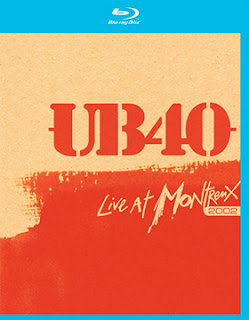 Eagle Rock Entertainment promised a flurry of new Blu-ray releases this fall and judging from the Sept. 10 onslaught … they weren’t kidding.

Four new Blu-ray presentations will be heading home on that date, led by the Blu-ray debut of UB40: Live at Montreux, 2002, plus such delights as Mike & the Mechanics: Live at Shepherds Bush, Neil Sedaka: Live at the Royal Albert Hall and Willy DeVille: Live in the Lowlands.

UB40: Live at Montreux, 2002 was the group’s only appearance at Montreux, but they made the most of it with 21 song set that includes “Red, Red Wine,” “Many Rivers To Cross,” “Kingston Town” and “Can't Help Falling In Love.”

Mike & the Mechanics: Live at Shepherds Bush is a 2004 reunion concert (following the death of Paul Young in 2000) recorded live at Shepherds Bush Empire in London.    It is a 14-song set that includes “Silent Running” and “Falling,” plus there are seven music videos and interviews with Mike Rutherford and Paul Carrack. 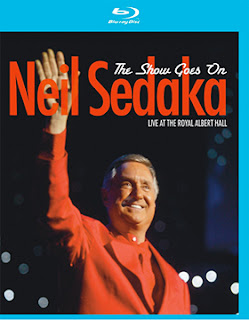 Previously available on DVD, the Blu-ray release of Neil Sedaka: Live at the Royal Albert Hall is an absolute stunner.  When this rock icon set down to play at the packed Royal Albert Hall his fans were treated — delightfully so — to a two-and-a-half hour concert that featured an amazing 28-song selection.   They are there — “Calendar Girl,” “I Go Ape,” “Laughter In The Rain” and so much more.

Bonus features include an interview with Sedaka.

Rounding out the Sept. 10 Blu-ray release package from Eagle Rock Entertainment is Willy DeVille: Live in the Lowlands.

This live concert — recorded at the Paradiso in Amsterdam in 2005 — features 21 songs and a video interview Willy DeVille.

Among the selections are “Low Rider,” “Cadillac Moon,” “Slave To Love” and “Let It Be Me.”