Paramount Home Media Sets Under The Dome For DVD And Blu-ray On Nov. 5 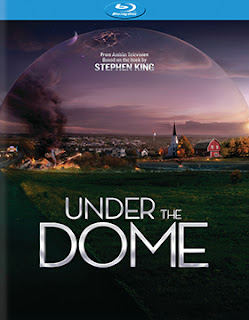 Stephen King has a certain knack for taking the normal and turning it into a place where the unreal becomes the new normal; a world turned upside down.  Under the Dome is his latest book-to-film creation, which started out as a mini-series but has now evolved into a full-blown network series (a second season is planned).

Paramount Home Media Distribution announced this past week that this CBS series will be heading home as separate four-disc DVD and Blu-ray product offerings on Nov. 5.

Chester’s Mill, Maine is suddenly cut-off from the rest of the world by an invisible dome and those trapped inside soon find themselves caught-up in a life and death struggle as the strangeness of it all begins to take its toll.

From battles over illicit drug manufacturing and petty power struggles to the discovery of the  “Leatherheads” and revelations of more secrets than one can possibly keep count of, Under the Dome just zips along in 13 first season episodes (you have to just love Stephen King's new and wonderfully whacky alternate universe).   Survival in this weird place may not be an option! 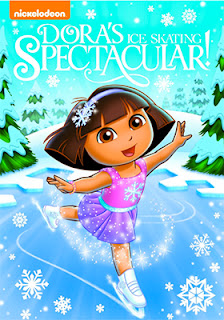 Also placed on the release calendar this week for delivery on Nov. 5 are DVD editions of I Love Lucy: Colorized For Kids of All Ages, which features three of her classic Christmas television specials for the first time in color — “Lucy Christmas Special,” “Lucy Goes to Scotland” and “Lucy's Italian Movie” — and the latest collection of Dora and Boots adventures, Dora the Explorer: Dora's Ice Skating Spectacular.

Email ThisBlogThis!Share to TwitterShare to FacebookShare to Pinterest
Labels: DVD and Blu-ray Release Report, Paramount Home Media Sets Under The Dome For DVD And Blu-ray On Nov. 5