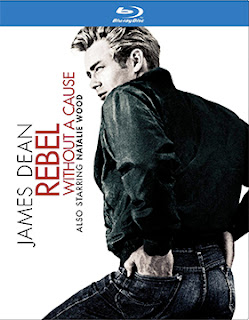 The three films included in the collection — East of Eden, Rebel Without a Cause and Giant — will also be released as separate Blu-ray DigiBook SKUs on the same date.

The collection itself includes commentary tracks for all three films, plus three feature-length documentaries devoted to the mercurial film career of James Dean.

Other bonus goodies include a newly-prepared featurette titled “Dennis Hopper: Memories” and such vintage pieces as “East of Eden: Art in Search of Life,” “Rebel Without a Cause: Defiant Innocents,” plus recently discovered outtakes and screen tests for Rebel Without a Cause.