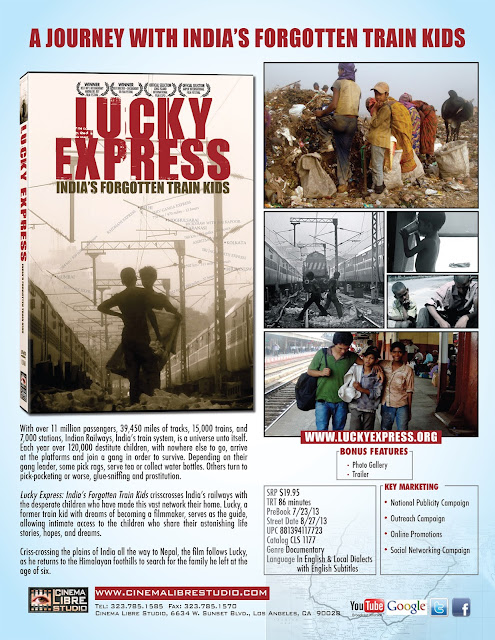 The most extensive railway system in the world is in India.  The roads connecting the major cities and trade centers are jammed with traffic — not a good option for commerce — and flying is for the wealthy, so what makes the most sense for India — again, in terms of commerce — is its vast network of rail lines.   Almost 40,000 miles of track and nearly 7,000 stations make it all work.

But there is more.  On Aug. 25 Cinema Libre will bring to the domestic DVD arena documentary filmmaker Anna Fischer riveting feature-length film on the tens of thousand of abandoned children who call the railways and stations of India their home.

Titled Lucky Express, we get an a first-hand look at what it takes to survive from a former train station hustler named Lucky Bahadur.

The film has been piling up film festival awards left and right, now with Cinema Libre’s DVD launch a much wider public audience is possible … this is one that is well worth a look-see.