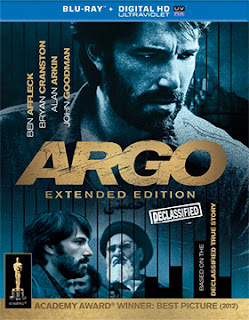 Last year’s Oscar derby for Best Picture was a nail-biter with Argo, Zero Dark Thirty, Lincoln, Life of Pi and Les Misérables all being worthy contenders.   You would, however, be hard-pressed to find five such films so far this year, but that will change as the post-Labor Day period heralds the arrival of the more “prestigious” films and bids adieu to the loud and expensive summer super hero extravaganzas.

Certainly the Weinsteins will find a way to convince Academy voters that there’s a silk purse in there somewhere — let’s hope not, but they are the best damn marketeers and self-promoters since P.T. Barnum.   They managed to convince voters that Saving Private Ryan was not the Best Picture of 1998 … so never underestimate their powers of persuasion.

One thing seems certain, George Clooney will be in the middle of this year’s Oscar race — he has so many prospects that it is just plain crazy (how savvy has this guy become in picking projects!).   Gravity (Clooney opposite Sandra Bullock in early October) looks promising and the early buzz for both August: Osage County (Harvey has a piece of this, but this is really Clooney’s baby — and what a cast to savor on Christmas Day) and The Monuments Men (directed, starring, produced and written by Clooney — Dec. 18) has all been good.

Auteur filmmaker Woody Allen could slip in with Blue Jasmine — the box office pattern suggests that strong word of mouth is driving ticket sales and not the underwhelming marketing and PR campaign launched by the studio.  And fellow auteur, Martin Scorsese, has the film adaptation of Jordan Belfort’s best-selling novel, The Wolf of Wall Street, lined up for a near-Thanksgiving launch (what is this, like his tenth film with Leonardo DiCaprio?). 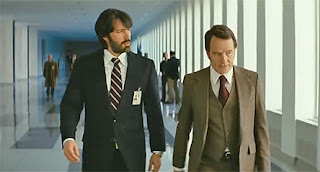 There will be surprises to be sure.   There will be lots of arthouse entries championed, but they rarely make the cut.   It’s a studio game (wink wink, nod nod).

In the meantime, Warner Home Video has announced that last year’s Best Picture winner, Argo, will be getting a double-disc special edition Blu-ray push on Dec. 3 with the release of Argo: Extended Edition – Declassified.

Nine minutes worth of trims (mainly backstory of Ben Affleck’s character and trims here and there for pacing) have been added back in, plus the original theatrical cut will also be available on the companion disc.  New features unique to this SKU include two new featurettes — “Ben Affleck’s Balancing Act” and “Argo Declassified” — and a gag reel titled “Argo F*ck! Yourself.”

Included in the package are a 40-page booklet featuring production notes, biographies and behind the scenes photos, plus there’s a reproduction of Tony Mendez’s CIA ID card, a map of Tehran (handy little item) and a reproduction of the fake Argo theatrical one-sheet.