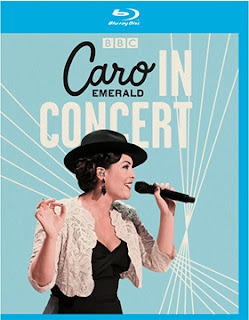 Filmed for BBC’s “In Concert” series earlier this year, Eagle Rock will be delivering the complete 18-song set (the television broadcast was cut to just 60 minutes), which runs nearly two-hours and includes such numbers as “Back it Up,” “The Other Woman,” “Dr Wanna Do” and “A Night Like This.”

Bonus features include a newly prepared video interview with Caro Emerald and rehearsal footage for both “Tangled Up” and “That Man.”