FilmWorks Entertainment To Unleash The Shotokan Man On Nov. 19 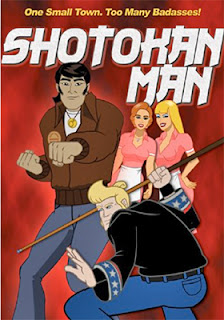 You have no doubt heard of the clash of cultures that occurs when the Far East meets the West!   But what happens when you blend the mysteries of the orient with the heart of Dixie … the result is a cultural vortex of unimaginable strangeness!

This is the whacky world of writer/director Bob Clark’s animated film, Shotokan Man, which is making its DVD debut on Nov. 19 from FilmWorks Entertainment.

In the sleepy hamlet of Westabooga, Alabama, the law is Sheriff Fuquay, an ex-Marine with a love of Japanese culture and a severe case of narcolepsy.   So imagine his delight when a strange Japanese man named Dirk wanders into town one night ... during his lucid moments it is bliss.

And for the wandering Dirk, he has at last found a home and the lovely Rose from the diner fans the passions of his heart, but Dewey — the local redneck kung fu fanatic — has his own plans for Rose and the power of the Double Death Dojo to make sure that he gets what he wants!   The stage is set for an epic battle!

Bonus features include a photo gallery and downloadable desktops. 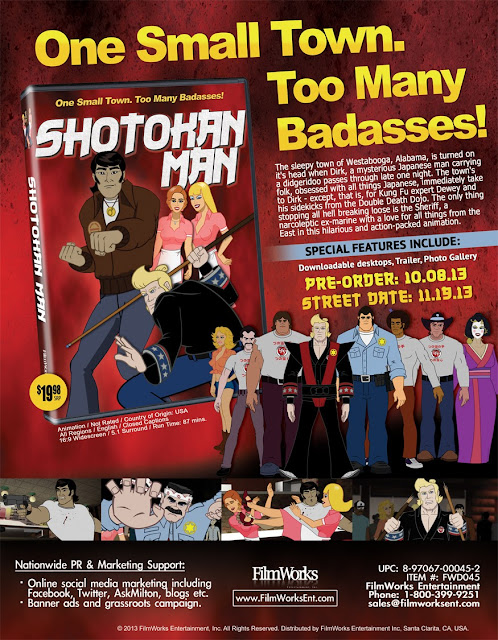 Email ThisBlogThis!Share to TwitterShare to FacebookShare to Pinterest
Labels: DVD and Blu-ray Release Report, FilmWorks Entertainment To Unleash The Shotokan Man ON Nov. 19