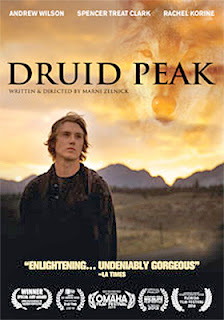 There is no getting around it, Owen Wagner (Spencer Treat Clark — Cymbeline, Deep Dark Canyon, The Last House on the Left, etc.) is every kid’s worst nightmare (teen or otherwise).   He’s not just a bully, but a violent one with a ten-ton chip on his shoulder.   The anger rages and any little thing can set him off.

He’s a teenager, he should be home on a school night, but drinking and partying are a better choice for him.   It is on such a night that the police intervene and during the mad scramble to escape from getting busted his actions lead to the dead of a fellow student.

That’s your introduction to Owen.  Yes, it was an accident, but that is more than his mother and stepfather can handle.  So he is shipped off to the wilds of Wyoming to live with his father, Everett (Andrew Wilson — Bottle Rocket, The Big Bounce, Fever Pitch), a biologist whose focus is on the reintroduction of wolves into the wilds, in this case the 2.2 million acres that comprise the Yellowstone National Park. 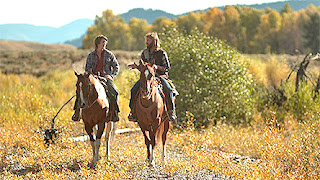 Father and son?   You would never guess it.   They are opposites, Owen rages with anger, while Everett is seemingly at peace with the world.   This is not going to work … and besides, there is nothing to do out here.

It is here, in this peaceful place, that Owen — while out blowing off his latest mad-on — encounters one of the wolves.   From this single encounter he begins to find a outlet; a path to redemption and peace within.

Druid Peak doesn’t preach, but its message is clear.  Life is about choices.  The path to making life-affirming ones is not always clear … sometimes it takes a walk in the woods to find that hidden path.