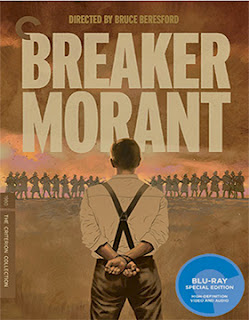 Tender Mercies may have earned director Bruce Beresford an Oscar nomination for Best Director in 1984, and his Driving Miss Daisy may have won the Academy Award for Best Picture in 1989, but ask cinephiles in his native Australia what his best work is, and they’ll all tell you it is Breaker Morant.

The 1980 film about the 1902 court martial (during the Boer War) of Lt. Harry “Breaker” Morant and two other lieutenants — all accused of the murder of a POW and the massacre of others — stands as a seminal work of Australian cinema.  Beresford’s look at what causes regular men to commit war atrocities helped influence other Australian New Wave war films from the country, including Gallipoli and The Lighthorsemen.

The Sept. 22 Blu-ray release comes with a new 4K digital restoration, supervised by Beresford, with an uncompressed monaural soundtrack, a vintage (2004) Beresford audio commentary and newly prepared interview sessions with Beresford, cinematographer Donald McAlpine and actor Bryan Brown.  Plus there is a 2004 interview with actor Edward Woodward and a new featurette about the Boer War from historian Stephen Miller. 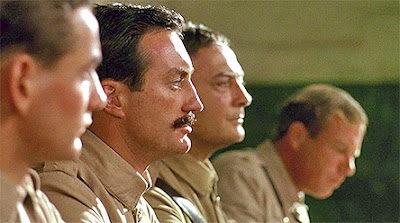 Also streeting on Sept. 22 Beresford’s 1990 film release of Mister Johnson, a drama based on the 1939 novel of the same name by Joyce Cary.  Set in 1923 British Colonial Nigeria (and starring Pierce Brosnan), the film follows Mister Johnson, a Nigerian villager who works for the local British magistrate.  But educated or not, his schemes, ambitions and attempts to get ahead only end up leading to his downfall. 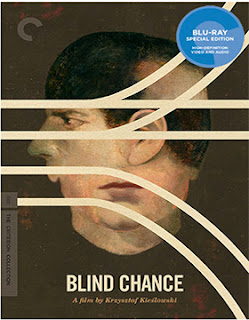 Another September Criterion title of note comes from Polish filmmaker Krzysztof Kieślowski.  You know him from the fantastic Three Colors trilogy (and the also highly celebrated, but slightly less entertaining epic The Decalogue).   Before those cinematic works of art Kieślowski brought us his first offering, the drama Blind Chance (available on Sept. 15).

Initially censored by the Polish government (filmed in 1981, but unavailable there until 1987), Blind Chance offers three different storylines and three different outcomes for medical student Witek (Boguslaw Linda) as he tries to catch a train.  Such a seemingly small detail in life can result in wildly disparate paths for his life, depending on who he bumps (or runs) into, whom he speaks with, and whether or not he actually boards that train.

Wes Anderson fans are also in for a treat with the Sept. 22 release of Moonrise Kingdom, an Oscar-nominated (best original screenplay) 2012 piece that follows two 12-year-olds who fall in love and run away, only to be dogged by local authorities and threatened by a hurricane and flood. 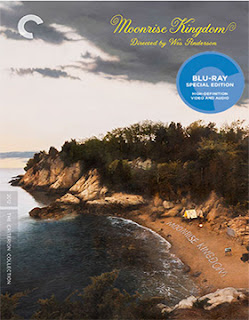