Well Go USA's Snow Girl And The Dark Crystal Arrives As Both DVD And Blu-ray Product Offerings On Aug. 4 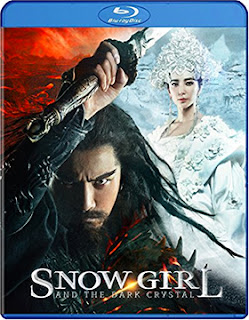 Well Go USA announced this past week that director Peter Pau’s epic fantasy adventure, Snow Girl and the Dark Crystal (based loosely on Chinese mythology) will be available on both DVD and Blu-ray this coming Aug. 4.

The ARR is 158 days and domestic ticket sales for this foreign-language import were an impressive $165,428.

Snow Girl and the Dark Crystal is both a shot-across-the-bow of Hollywood’s forte, those mega-budget CGI effects laden super hero films (take notice, you are not the only one with such filmmaking skills), and a as film of that ilk it can stand on its own as a masterful bit of fantasy storytelling … despite the language barriers.

Oscar-winner Peter Pau (Best Cinematography for Crouching Tiger, Hidden Dragon) makes only the third feature film of his long career as a director (going back nearly three decades as a cinematographer), but that is of little matter.   He knows film; he knows what works … and he delivers that in spades. 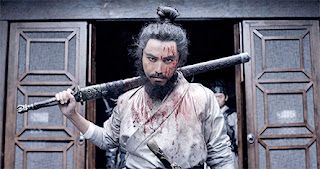 In Chinese culture the millennium brings forth demons that can transmute into human hosts and create chaos beyond what any dynasty can afford.  So bad boy Zhong Kui (Kun Chen — Young Detective Dee: Rise of the Sea Dragon, Painted Skin: The Resurrection, Flying Swords of Dragon Gate, etc.) is dispatched to literally the Gates of Hell to steal the Dark Crystal and preempt a demon onslaught.

It’s a good plan — be proactive, take the initiative — but there is just one little problem that could be the undoing of all.  Zhong Kui falls in love with a demon … not just any demon, but the Snow Spirit Xueqing (Bingbing Li — Transformers: Age of Extinction, Resident Evil: Retribution, Snow Flower and the Secret Fan, etc.).

Snow Girl and the Dark Crystal is every bit as entertaining as any of Hollywood’s summer super-hero epics … and production-wise it can stand with any of them.   This is certainly worth a look for jaded domestic audiences looking for something of epic value produced beyond these shores.

Presented in Cantonese with English subtitles.

Email ThisBlogThis!Share to TwitterShare to FacebookShare to Pinterest
Labels: DVD and Blu-ray Release Report, Well Go USA's Snow Girl And The Dark Crystal Arrives As Both DVD And Blu-ray Product Offerings On Aug. 4