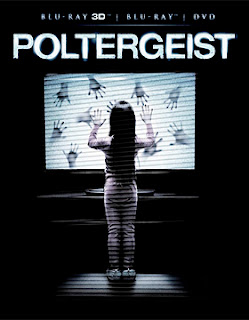 20th Century-Fox Home Entertainment used the backdrop of this year’s Comic-Con gathering to announce street dates for genre-themed in the studio’s current inventory that are destined for the DVD and Blu-ray market place in the coming months.

First to get a spot on the release calendar at Comic-Con is director Gil Kenan’s remake of Poltergeist, which has been handed marching orders for a Sept. 29 delivery to home entertainment as a three-SKU product offering.    These will be a stand-alone DVD edition, plus two Blu-ray SKUs — one with and one without a 3D viewing (premium for the 3D viewing option is ten bucks). 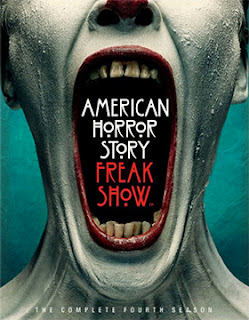 Bonus features that were revealed pre-convention consist of an extended cut (Blu-ray exclusive) and deleted scenes.

The horror continues, literally, with the Oct. 6 release on both DVD (a four-disc set) and Blu-ray (three discs) editions of American Horror Story: The Complete Fourth Season … several featurettes will be included.

The studio didn’t stop there.   20th Century-Fox Home Entertainment teased a restored, special edition Blu-ray of Edward Scissorhands — the film will be marking its 25th anniversary.  The gift set will include collectible items and new bonus footage … the date is not set yet.

Also from 1990 and celebrating its 25th anniversary is Home Alone.   A collection featuring all five films in a limited collectible paint can container, with a slew of bonuses, was also being hyped during Comic-Con (street date forthcoming). 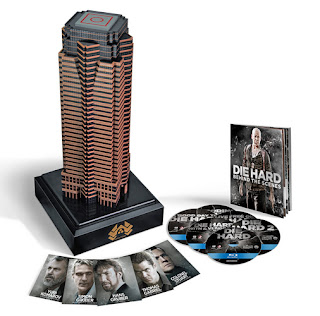 Continuing with the collection theme, Oct. 13 marks the street date for the Die Hard collection, which will be packaged in a replica of Nakatomi Plaza.  It is titled the Nakatomi Plaza: Die Hard Collection and includes all five films on Blu-ray, with a bonus disc — “Decoding Die Hard” — five villain collectible cards and a 32-page behind-the-scenes booklet.

Lastly, Fox used Comic-Con to announce the third season of the History Channel series Vikings.  DVD and Blu-ray editions of Vikings: The Complete Third Season will be available on Oct. 6.

The Blu-ray collection will include “extended versions” of all ten episodes and comes with the exclusive interactive feature titled, “The Guide to the Gods,” and two episode commentaries.

Additionally, both the DVD and Blu-ray SKUs include a trio of featurettes — “Athelstan’s Journal,” “Heavy is the Head: The Politics of King Ragnar’s Rule” and “A City Under Siege: Creating and Attacking Paris.”