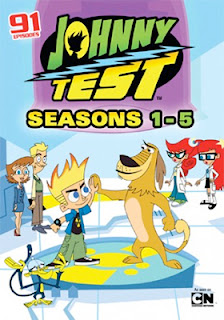 Just when you thought that Mill Creek Entertainment’s September release calendar was all locked and put to bed, they are back with a special Sept. 1 DVD release announcement.

Already in place for delivery on Sept. 1 are director Brooks Benjamin’s Bandit and the Saints of Dogwood, the double-disc, nine part series Monument Men: The Road to Rushmore and the five-part DVD debut of U.S. Cavalry: History of America's Mounted Forces.

Now comes word that a whopping nine-disc, 91-episode collection of Johnny Test: Seasons 1 - 5 will also be making the rounds on DVD come Sept. 1.

Over 34 hours of manic adventures featuring Johnny Test and his talking-dog sidekick, Dukey, plus his ultra-smart twin sisters Susan and Mary. 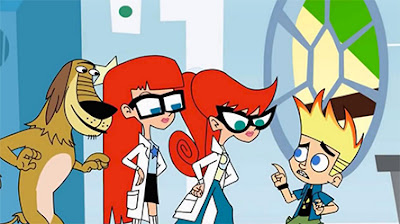 But it doesn’t end there … Mill Creek Entertainment has sweetened this animated package with eight bonus episodes plucked from such series as The Adventures of Nanoboy, Gadget Boy, Jayce and the Wheeled Warriors and more!