With the statistical mid-year (both in terms of the calendar and release-wise) just behind us, it is worth taking a snapshot of where the New Theatrical release market is … and is likely to be heading.

Using full-year and year-to-date comparisons for 2009 through 2014 (as a baseline), the new theatrical release market has averaged 51.7 percent of the overall annual output at this point on the release calendar.

For the “hit” arena — films that gross in excess of $25 million — the industry is right on target to deliver 104 films of this ilk.   That’s about the optimum when you factor in available theatrical seating and the number of release weeks that occur each year (52). 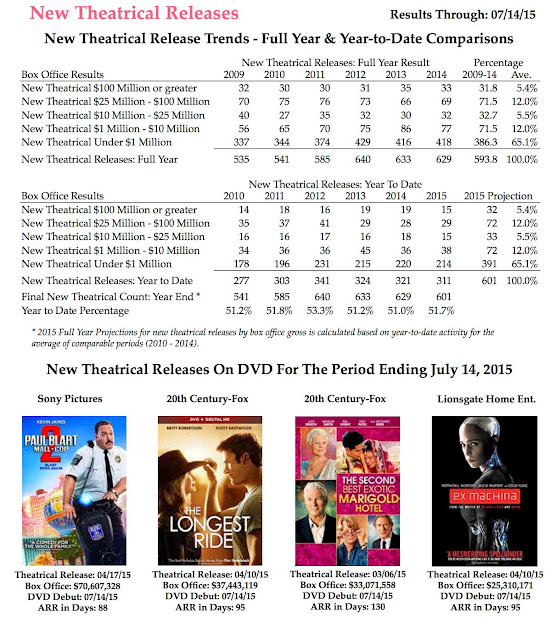