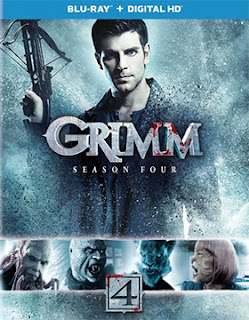 All 22 shape-shifting episodes will be available as either five-disc Blu-ray or five-disc DVD collections, with the Blu-ray SKU featuring UltraViolet.

Bonus features include a gag reel, deleted scenes and a pair of production featurettes — “A Morphed Reality: Behind the Scenes of Grimm” and “Set Tour with Jacqueline Toboni” — with a “Grimm Guide” exclusive to the Blu-ray edition.