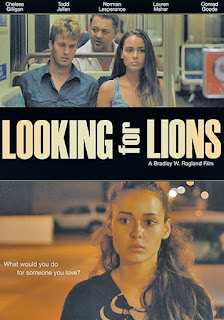 FilmWorks Entertainment announced this past week that director Bradley W. Ragland’s Looking for Lions, the feature-length remake of his 2012 critically heralded short film, Savage, will be making its DVD debut on Mar. 22.

As with the original, Chelsea Gilligan (as Teri in the TV series Star-Crossed) and Todd Julian (as Scott in the TV series Twisted, plus such films as A New York Heartbeat and The Truth About Angels) reprise their roles as Mia and Ray, while the short film writer, Norman Lesperance, flushes out the script elements here and also returns as the other central character to the piece, Emmett.

Ray is something of a free spirit, who has attracted the love and affection of Mia, an artist of sorts, who is actually more grounded than Ray — she just needs to catch a break to launch her career.   They seem perfect for each other, which makes their ultimate plight all the more compelling. 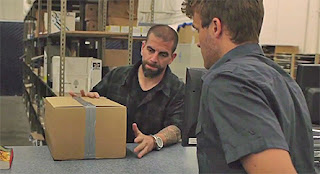 Emmett is the other half of this story and his desperation — without giving too much away — makes his part in this drama just as compelling as that of Ray and Mia; even heartbreaking.

Ray lands a terrific job, which seems to solve their short-term financial issues.  There is just one little problem with his “courier” job — he doesn’t seem to be the right candidate, with the right work ethic for such a gig.   The perfect patsy, well, that’s another story … and he’s a good “fit” for that. 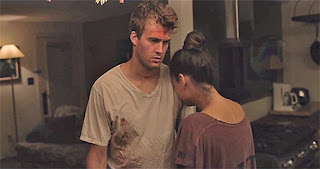 Meanwhile, Emmett needs a certain delivery from this rather shady “courier” company and sure as God made little green apples, Ray finds a way to screw that up.  That sets in motion a series of events that will bring these otherwise decent protagonists to dark places that you would never expect them to go.

Looking for Lions is a taught thriller that has you invested in the fates all three of the main characters, even though they are often at odds in their motives; survival motives. 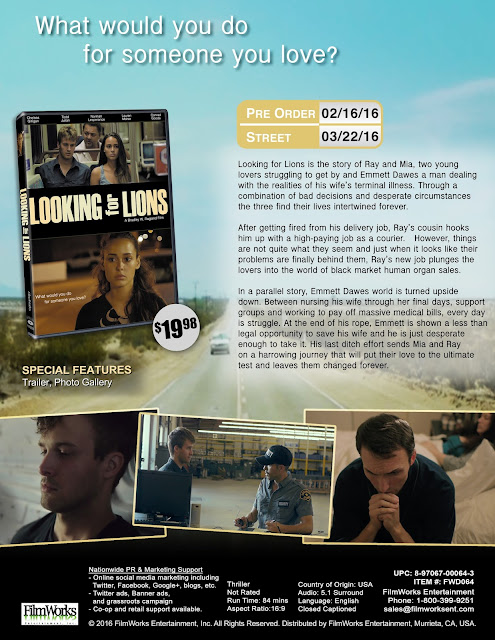