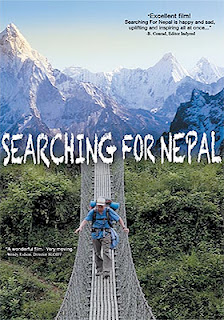 Phil Deutschle is a teacher, a writer and a filmmaker.   He is a gentle man, a caring man … the sort of individual that if you met on a remote trail while out hiking you would immediately take a liking to.   He is an individual who appears to be at peace with the world.

The “wind” carried him to the village of Aiselukharkaa, a remote hamlet in Nepal, where he met the patriarch of his new (host) family, Krishna Bhakta.   He credits Krishna Bhakta with his survival during his teaching experience in Nepal (teaching math and science).

He even wrote a book about his experiences during this period … it was published in 1986 and titled, “The Two Year Mountain.” 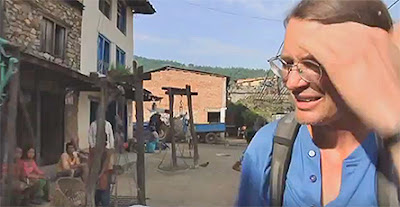 Now skip ahead 34 years from his initial arrival in this remote locale … since his departure there was a civil war, the infamous massacre of King Birendra and his family in 2001 and a country thrown into chaos.   In this award-winning documentary we join our gentle hero as he embarks upon a journey to discover the fate of Krishna Bhakta and his family.

Searching For Nepal is an incredibly beautiful and heartfelt journey … one that you will long remember after the film ends.