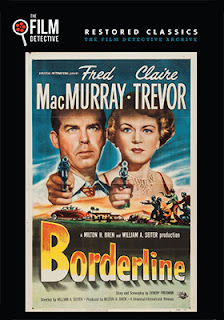 The Film Detective announced this past week that there are ten more priced-to-collect film restorations heading to DVD on Feb. 9.

Leading the hit parade is director William A. Seiter’s 1950 film release of Borderline, teaming Fred MacMurray and Claire Trevor in something of a romantic comedy/thriller that involves drug dealing.   It could have been much darker, the prevailing film noir trend of the day, but Universal Studios elected to play it safe.

Trevor is an undercover Los Angeles cop — a former WWII operative — who has been dispatched south of the border to use her skills to infiltrate a drug smuggling operation run by none other than future Perry Mason star, Raymond Burr.   Meanwhile, MacMurray is a member of a rival smuggling group hell bent on taking over Burr’s lucrative network, he just needs to crack the ins and outs of Burr’s organization. 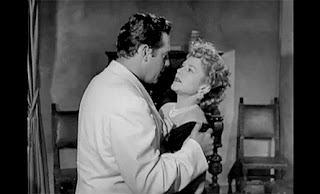 An uneasy alliance is formed between the two “crooks” — MacMurray and Trevor — who follow a shipment north.   Will the two have a falling out … or is there something else going on?

Next up is filmmaker Charles Lamont’s 1945 film release of Salome, Where She Danced, which is another Universal Studios’ production that was filmed in Technicolor and starring Yvonne De Carlo in the film that is credited with launching her career.

Loosely based on actual events, De Carlo is a dancer named Anne Marie, who is on the run from a disastrous spying attempt during the Austro-Prussian War and finds herself on the American frontier trying to scratch out a living with her nemesis, Count Erik Von Bohlen (Albert Dekker), hot on her trail.   Ron Cameron, Walter Slezak and David Bruce round out the cast. 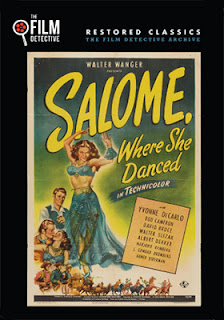 Rounding out the release package are the early sound travelogue from writer/director Walter Futter (filmed in the wilds of the Belgian Congo) and titled Africa Speaks!; director Wallace Fox’s 1944 entry into The East Kids film series, Million Dollar Kid, and lastly, the Cab Calloway musical review (with a plot) from 1947, Hi-De-Ho! 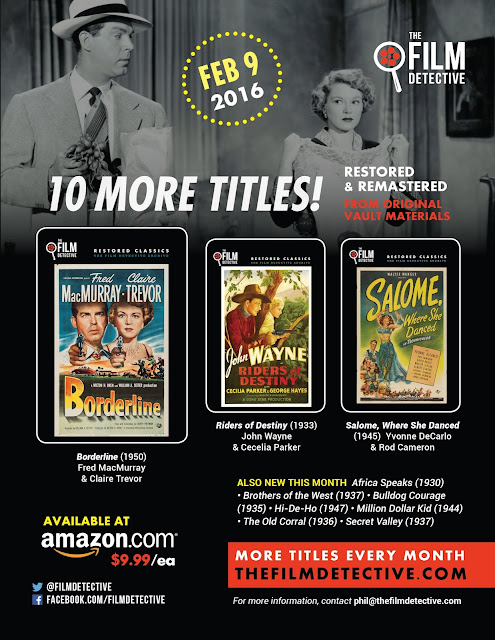