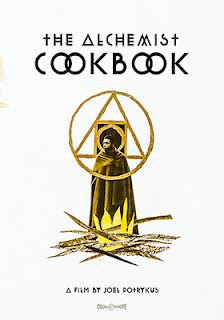 In a trailer home, hidden in the Michigan woods, a strange and bitter young man named Sean (Ty Hickson) lives alone with his cat, and he’s up to something.  Surrounded by makeshift lab equipment, you’d guess it’s drug manufacturing, but Sean is up to something else: alchemy.

Sean’s a hermit, and other than his every-once-in-a-while supply visits by a relative, Cortez (Amari Cheatom), our strange backwoods character is our only human in the film.

The Alchemist Cookbook comes from filmmaker Joel Potrykus, whose previous films (Buzzard and Ape) didn’t deal in the demonic, other than the behavior of their characters.   In this film, his latest societal castoff is by far his most grotesque (think ritual sacrifices of possums and how delicious cat food tastes).

Yes, his pursuits, we learn, go beyond simply golden alchemy desires: there’s dark magic here.  And those interests turn this film from a dark comedy to an even darker horror tale … and in more ways than one.  Things going horribly wrong (and grotesquely so) and to be expected when you’re dealing with demons. 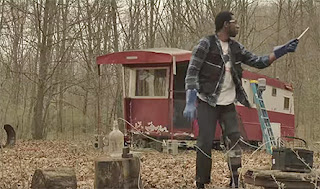 An official selection of the SXSW, Fantasia International and BAMcinemaFest film festivals, The Alchemist Cookbook has a Feb. 14 street date for both DVD and Blu-ray editions. 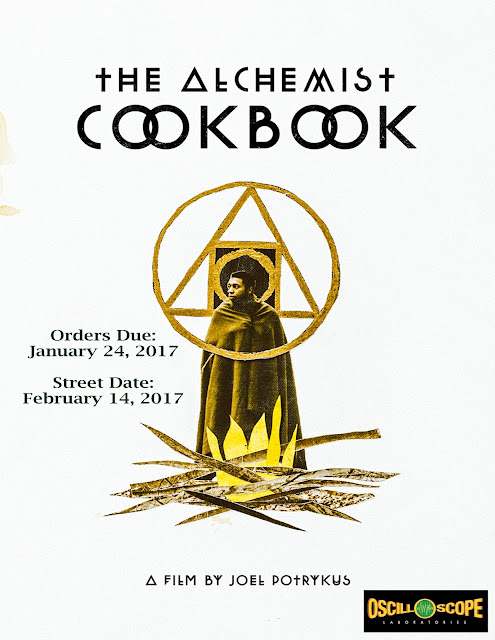 Email ThisBlogThis!Share to TwitterShare to FacebookShare to Pinterest
Labels: DVD and Blu-ray Release Report, Oscilloscope Laboratories' The Alchemist Cookbook Arrives On Blu-ray And DVD On Feb 14