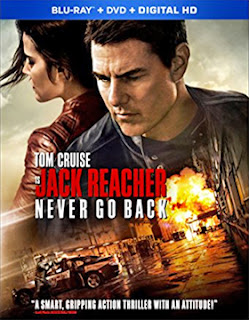 Jack’s Back!!  Paramount Home Media announced this past week that director Edward Zwick’s latest film adaptation of novelist Lee Child’s Jack Reacher series, Jack Reacher: Never Go Back, will be available as either a stand alone DVD edition, a Blu-ray/DVD Combo Pack or a 4K Ultra HD/Blu-ray SKU on Jan. 31.

The ARR for that end-of-January street date works out to 102 days and domestic ticket sales currently stand at $58.3 million.

Tom Cruise returns as Jack Reacher, a former Army investigator who now operates off the grid.  He learns that his friend, Major Susan Turner (Cobie Smulders — Captain America: The Winter Soldier, Avengers: Age of Ultron), has been arrested for murder and espionage, but he’s not buying it … it’s a frame job and if you mess with a friend of Reacher’s, you are going to feel a world of pain!

Ah ha, to avoid that beat down, the bad guys also frame him for murder (her attorney is the unlucky victim) and he is soon locked up in a secure place where the both of them — Turner and Reacher — will be easy targets.

That’s your early set-up and up until that point it has been the easy part!   The rat who has framed both Reacher and Major Turner of being killers and traitors, Colonel Sam Morgan (Holt McCallany), is also murdered … and Reacher is fingered for that as well (that’s called tying up loose ends). 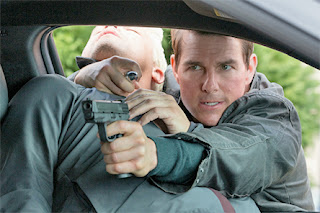 And just when you think that it can’t possibly get any worse for him, an old flame by the name of Candice Dayton has slapped a paternity suit on him claiming that her 15-year old daughter, Samantha (Danika Yarosh — as Malina in the Heroes Reborn television series), is their love child.

With his daughter and Major Turner in tow, Reacher has to avoid assassins, put the clues together as to what the hell is going on and take down the real power behind this elaborate set-up.   And if he survives all of that, he has to also figure out if he is indeed the father of a teenager as well!

All of that in 118 minutes … a word of advice, do not go out for popcorn or you’ll miss at least three clues and a shootout!! 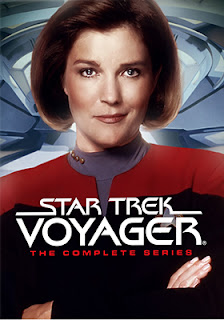 Bonus features are exclusive to the Blu-ray and 4K Ultra HD editions.   These include five featurettes — “Reacher Returns,” “An Unexpected Family,” “Relentless: On Location in Louisiana,” “Take Your Revenge First: Lethal Combat,” “No Quarter Given: Rooftop Battle” — and a video session with Tom Cruise and photographer David James that is titled “Reacher in Focus.”

Also added to the release schedule this past week by Paramount Home Media is the Mar. 7 DVD release of the massive 47 disc set of Star Trek: Voyager – The Complete Series.   All 172 episodes featuring Captain Janeway (Kate Mulgrew) and the crew of the U.S.S. Voyager — trapped in the far reaches of the Delta Quadrant — are presented in this stellar collection. 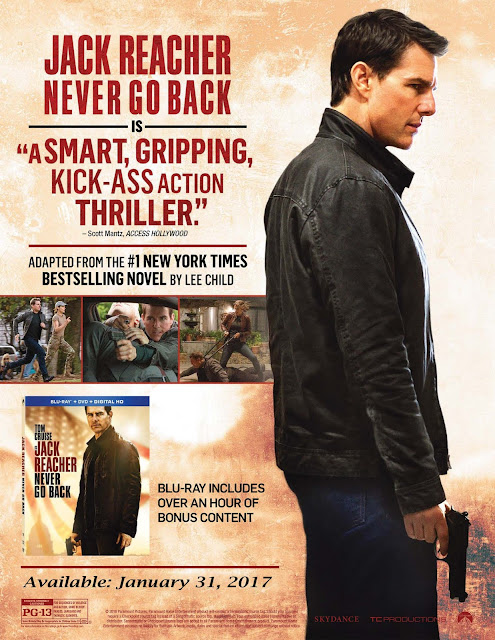