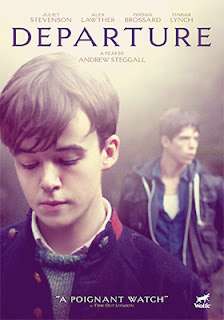 Wolfe announced this past week that writer/director Andrew Steggall’s film festival favorite, Departure, will be making its way to the DVD market place on Mar. 7 after having been in international competition for nearly a year and a half.

Beatrice (Juliet Stevenson — The Letters, Being Julia, A Previous Engagement) has called it quits with her marriage to Philip (Finbar Lynch) and has taken off to Languedoc in the south of France with Elliot (Alex Lawther — A Brilliant Young Mind, The Imitation Game), her 15-year old son.   They have a “holiday” home there and the plan is to clean it up and prep it for sale before returning to England.

Beatrice is an absolutely miserable person, unhappy and this trip, she imagines, will do her a world of good.   It’s the end of the summer, it is beautiful and cleaning out the place will be good therapy.   Dealing with the divorce can wait. 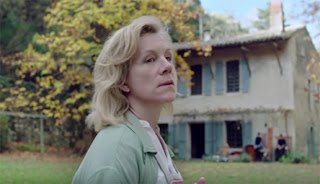 Her son, on the other hand, is a moody little ass, spoiled, seemingly beyond redemption and none too happy about being in Languedoc with his mother.  And having to actually do some work, how dare she!

While out wandering in the countryside Elliot comes to a reservoir where he meets an older teenager named Clément (Phénix Brossard) who is about to go for a swim.   Taken with the handsome young lad, Elliot begins to see that things might be looking up … perhaps cleaning up the place won’t be so bad if he has company. 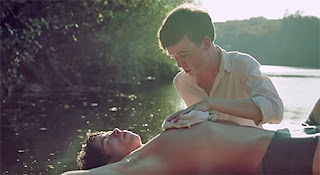 With something of a seduction in mind, Elliot introduces Clément to his mother and she too sees opportunities.   Indeed, in no time there is something of a competition between the two for the attention of “their” new friend ... stolen kisses and more.

Sexual tension and social boundaries will be pushed to the limit as the lazy days of summer come to an end in Steggall’s Departure and life for both mother and son will never quite be the same again. 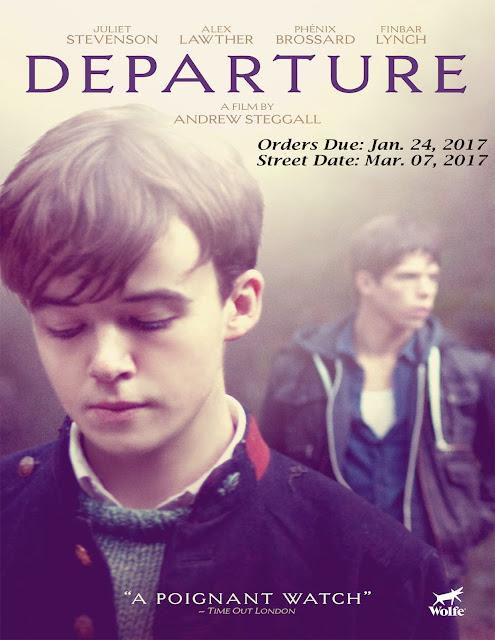