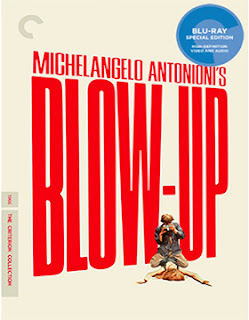 The Criterion Collection has announced its DVD and Blu-ray film release line up for the month of March and, as always, there will be something on the calendar that will be of interest to pretty much anyone who loves the cinema.

You think not?  How about Blow Up, Being There and Multiple Maniacs as just three of the selections … throw in Felipe Cazals Siena’s edgy 1976 film release of Canoa: A Shameful Memory and director Andrew Haigh’s recent theatrical release of 45 Years — teaming Charlotte Rampling and Tom Courtenay — and you are there; something for every taste.

Director Hal Ashby’s 1979 film adaptation of Jerzy Kosinski’s satirical novel, Being There, also gets a new 4K digital transfer (Blu-ray and double-disc DVD SKUs) and will be available on Mar. 21. 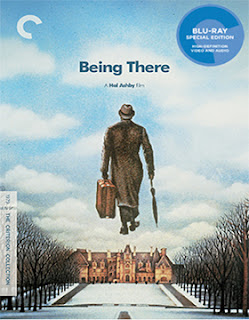 Bonus features include a new making-of documentary, vintage (circa 1980) appearances on “The Today Show” and “The Don Lane Show” by Peter Sellers, excerpts from a 1980 AFI seminar featuring Hal Ashby, deleted scenes, outtakes and an alternate ending.

Canoa: A Shameful Memory (Mar. 14) and 45 Years (Mar. 7) round out the selections from The Criterion Collection for the month of March.

Email ThisBlogThis!Share to TwitterShare to FacebookShare to Pinterest
Labels: DVD and Blu-ray Release Report, The Criterion Collection Announces Its Blu-ray And DVD Product Line Up For The Month Of March (2017)