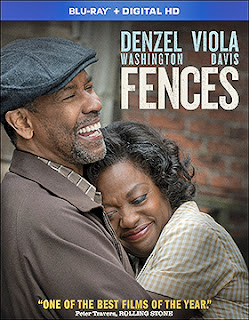 Paramount Home Media has placed Denzel Washington’s film adaptation of the 1987 August Wilson Pulitzer Prize-winning and Tony Award-winning stage play, Fences, on its home entertainment release calendar for delivery to retailers on Mar. 14.   Both DVD and Blu-ray/DVD Combo Pack editions will be in the product mix.

The ARR is a quick-to-market 88 days and domestic box office receipts currently total an impressive $53.9 million.

Fences has been nominated Best Picture and Denzel Washington is up for Best Actor laurels (he has won in both the Best Actor — Training Day — and Best Supporting Actor — Glory — categories; plus four additional nominations during his career).

Viola Davis is competing in the Best Supporting Actress category (this is her third nomination in that category — previous nods include The Help and Doubt) and in one of those Oscar quirks, August Wilson is nominated for his own screenplay (written before his death in 2005) in the Best Adapted Screenplay category.

The film itself had a checkered path to final production, which included both Washington    Not only is he, Denzel Washington, nominated for Best Actor, but he shares producer credit in the Best Picture category with Todd Black (his first Best Picture nomination … he’s a frequent collaborator with Washington — Antwone Fisher, The Great Debaters, The Equalizer and most-recently, the remake of The Magnificent Seven) and Scott Rudin (his eighth Best Picture nomination … he shared the win with the Coen Brothers for No Country for Old Men).
and Davis winning Tony Awards for their 2010 revival of Wilson’s stage play.

Bonus goodies, which are limited to the Blu-ray SKU, including five production featurettes — “Expanding the Audience: From Stage to Screen,” “The Company of Fences,” “Building Fences: Denzel Washington,” “Playing the Part: Rose Maxson” and “August Wilson’s Hill District.”

Also added to the release calendar this past week — for DVD delivery on Apr. 18 — is the massive, and we mean MASSIVE, 72-disc collection of Hawaii Five-O: The Complete Original Series (all 281 episodes), starring Jack Lord, James MacArthur and Kam Fong. 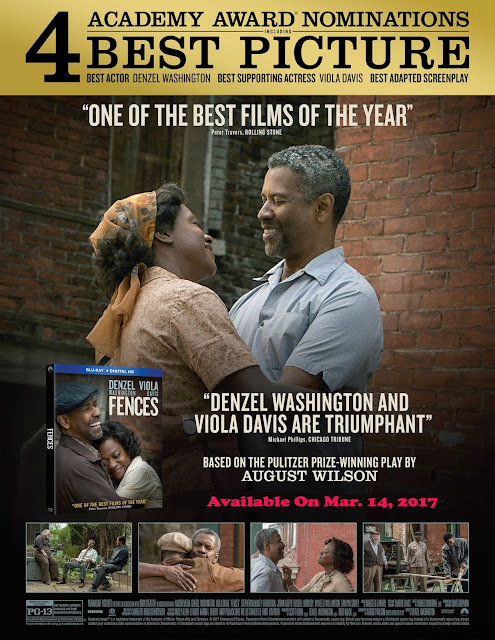