Paramount Home Media Sets May 2 As The Street Date For The Blu-ray Release Of Saturday Night Fever: The Director’s Cut 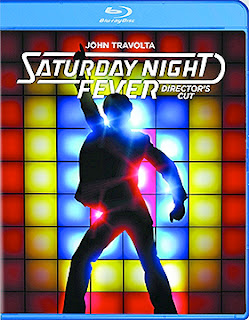 Paramount Home Media will be spinning the disco ball and strutting to the beat of the Bee Gee’s “Ah, ha, ha, ha, stayin' alive …” on May 2 with the release of John Badham’s Saturday Night Fever: The Director’s Cut on Blu-ray.

This is not your ordinary “anniversary” edition as Paramount has gone the extra mile by including not only the original theatrical cut, but a director’s cut of the film as well — available for the first time and clocking in with an additional four minutes worth of footage not previously seen.

John Travolta owns this movie as Brooklyn’s Tony Manero, a young man with no future and few skills, except when he is on the dance floor.   He’s vibrant, electric and it is a performance that was worthy of an Oscar nomination for Best Actor in 1977 … quick, can you remember the actor that won that year?

It is 40 years later and you can likely only remember Travolta as Tony (it was Richard Dreyfuss who won for his performance in The Goodbye Girl) … the following year it would be Travolta in Grease, then in 1980 Urban Cowboy, followed by Blow Out in 1981 and then acting “darkness” (a mindless nothingness for a decade and a half) until his triumphant return to acting glory as Vincent Vega in Quentin Tarantino’s 1994 post-Labor Day release of Pulp Fiction (why oh why did it have to be released the same year as Forrest Gump and The Shawshank Redemption). 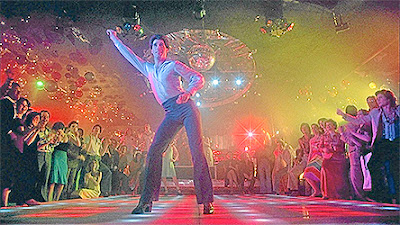 As to the bonus features for Saturday Night Fever: The Director’s Cut, there are deleted scenes, vintage commentary from director John Badham and five production featurettes — “Catching the Fever” (in five segments), “Back to Bay Ridge,” “Dance Like Travolta with John Cassese,” “‘70s Discopedia” and “Fever Challenge!”

Email ThisBlogThis!Share to TwitterShare to FacebookShare to Pinterest
Labels: DVD and Blu-ray Release Report, Paramount Home Media Sets May 2 As The Street Date For The Blu-ray Release Of Saturday Night Fever: The Director’s Cut