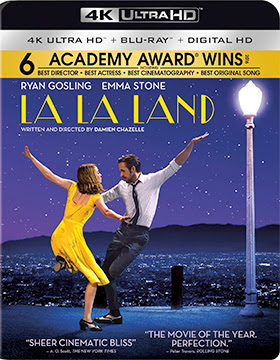 If Lions Gate Entertainment Corp. (aka: Lionsgate) could be any more screwed than it already has been when it comes to the Summit Entertainment production of director Damien Chazelle’s La La Land, we just couldn’t think of any new affronts … that is until Target stepped all over the home entertainment announcement last Friday afternoon (Mar. 10) with its online solicitation for an Apr. 25 Blu-ray special edition (a Target exclusive).

The film was denied its legitimate Best Picture win in this year’s Oscar competition by the Academy of Motion Picture Arts and Sciences and their stupid decision to nominate nine films in the category, thus ensuring that the votes would be split nine ways from sundown.

It was a disaster waiting to happen.   Murphy’s Law at its finest.

The Academy not only put on a show that was openly touted as being something of a political protest on the run-up to the big night, but went that even one better by having a representative from an avowed terrorist state read a political message on live television (claiming, in part, that Iran is a victim of aggression).

The Academy capped off the evening of this self-indulgence backslapping with the most colossal live-time screw-up in Oscar history.    Oh, Murphy would be proud of such a fine example of his law’s vindication! 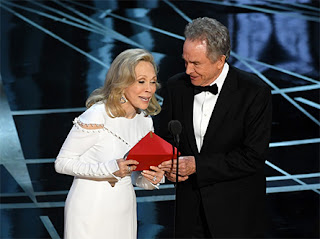 Warren Beatty was handed the Best Actress envelope, instead of the Best Picture one by a representative of PwC (aka: PricewaterhouseCoopers), who was too busy texting to do his job properly.   Beatty knew there was something amiss, but before he could stop the disaster from playing out in front of a worldwide audience, his co-star from Bonnie and Clyde, Faye Dunaway — thinking that he was goofing around (building suspense for the obvious choice) — snatched the envelope from his hand, saw “La La Land” and announced it as the Best Picture winner.    The rest, they say, is history.

Lionsgate Home Entertainment, once the film was announced as one of the Best Picture finalists (14 nominations overall, including Best Director, Best Actor and Best Actress), had a choice to make.   Put La La Land on the home entertainment release calendar close to the Oscar telecast (late Feb. or early Mar.) or bask in the glory of its sure-to-be Best Picture win and let it play out theatrically for a few more weeks.

It was well thought out decision to wait … and then disaster struck.   The other studios had lingered in their decision-making to see what Lionsgate was going to do with La La Land.    When it became obvious that it was going to get some extra theatrical playtime, the March and early April slots were quickly gobbled up — Passengers and Fences on Mar. 14; Sing, Assassin's Creed and Lion on Mar. 21; Fantastic Beasts and Where To Find Them grabbed Mar. 28; Rogue One: A Star Wars Story landed on Apr. 4; Hidden Figures on Apr. 11 and Split got an Apr. 18 release date.

The next available window was Apr. 25 and Target says, in their quick-to-market pre-order launch, that that last street date in April will be the release date … before Lionsgate Home Entertainment could make an official announcement!  Screwed and screwed again! 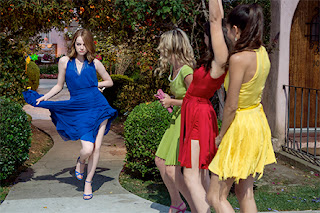 For the record, La La Land arrives with an ARR of 137 days (as a result of “wandering in the wilderness”) and domestic box office receipts currently stand at an impressive $148.4 million. 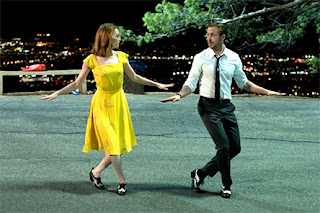 Bonus features include commentary from writer/director director Damien Chazelle and composer Justin Hurwitz, a trio of featurettes — “Another Day of Sun: They Closed Down a Freeway,” “La La Land's Love Letter To Los Angeles” and “Ryan and Emma: Third Time’s the Charm” — and the menu option to jump to any musical sequence.