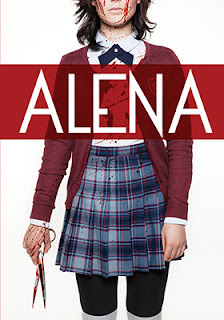 Icarus Films will be teaming with the KimStim Collection on May 9 for the DVD debut of Swedish filmmaker Daniel di Grado’s film adaptation of the Kim W. Andersson graphic novel, Alena.

So you think Lindsay Lohan is the only high school victim of “mean girls?”  Well, the mean girl syndrome is not only not unique to the once promising acting career of Lindsay Lohan, or even to United States high schools in general, but it is an international thing as well.

Lohan’s “distant cousin,” Swedish teen Alena (Amalia Holm), checks into her new school and the “stink” of her social-class standing is too much for the mean girls to bear.   We are rich and privileged, so how dare you walk the same halls as us … that’s the message that she receives loud and clear from Filippa (Molly Nutley), the titular leader of these very mean girls.

At least Alena has one friend, another former classmate by the name of Josefin (Rebecka Nyman), with whom she has a relationship that transcends just friendship. 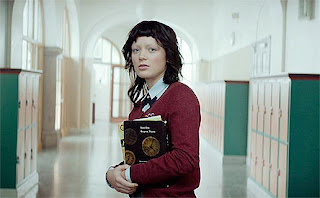 Whereas Lohan’s Mean Girls was a comedy with social commentary on the spiteful nature of teenage female jealousies and social cliques, di Grado’s Alena is more closely related to another girl-bullying movie, Carrie.   When the affronts become overt there is payback … brutal payback.

Don’t mess with Alena, or perhaps it is don’t mess with Alena as an unhinged Josefin is watching!    In any case, by the film’s closing credits Filippa learns a valuable lesson — or two — about the tenuous nature of her own once vaunted social standing.

Alena is presented in Swedish with English subtitles.

Icarus Films has also selected May 9 for the release of the Distrib Films’ production of director Anne Le Ny’s The Chef’s Wife on DVD. 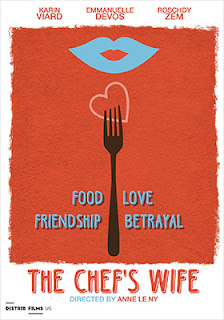 Help me, help you, help ME!    That’s the twist of this French-language import as we are first introduced to Marithé (Karin Viard — Time Out, Delicatessen), a professional job counselor, who happens upon a client named Carole (Emmanuelle Devos — Read My Lips, Coco Before Chanel), who is less than honest with her.

When Marithé meets Carole the second time at the fancy Le Moulin Blanc restaurant she suspects that something is amiss.  And sure enough, the next day Carole is back in her office with both an apology and the truth.    Basically, her husband Sam (Roschdy Zem) is the big shot chef at the restaurant and she is nothing more than a fancy-dressed hostess.

No problem, once Marithé understands Carole’s needs, she sets about to find her a suitable career path … especially since she has taken more than a liking to her husband!    It’s complicated in that Carole doesn’t possess much in the way of a skill set.   Thus, Marithé’s challenge is to help Carole find a career that will keep her very busy and then steal Sam … that plan has all of the makings of a perfect recipe for a disaster of comic proportions!

The Chef’s Wife is presented in French with English subtitles. 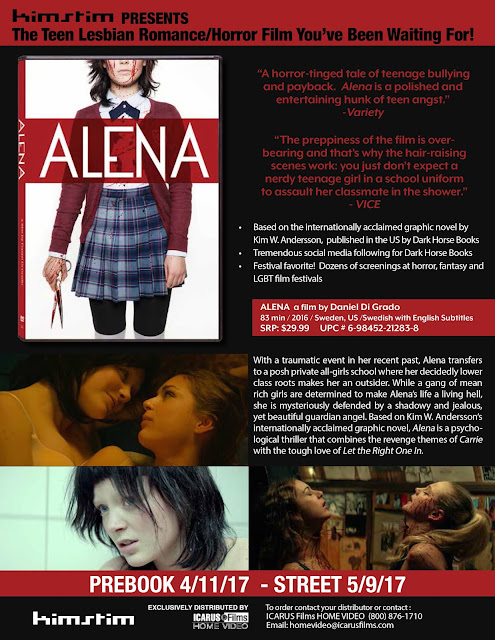