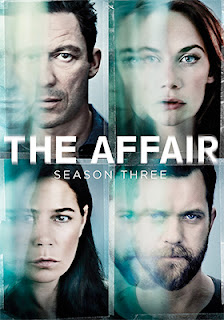 Paramount Home Media will be bringing the next installment of the Showtime hit series starring Dominic West, Ruth Wilson, Maura Tierney and Joshua Jackson, The Affair, to the home entertainment arena on Apr. 25.

The Affair: Season Three well be a four-disc DVD set featuring all ten episodes from the 2016/17 season, which picks up the action three years after the conclusion of season two with the introduction of a new character, Juliette (Irène Jacob).