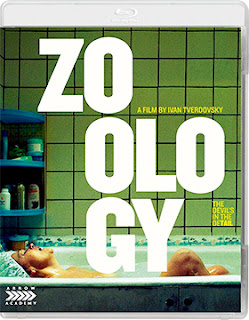 It was 50 years ago when The Doors released their second album, “Strange Days,” and the song “People are Strange” was spun off as a hit single.   The opening stanza went like this:

Wow!   The Doors prophetically described the life of Natasha (Natalia Pavlenkova) in Russian filmmaker Ivan Tverdovsky’s latest, Zoology.   It will be making its domestic home entertainment debut on Halloween (yes, Oct. 31) as both DVD and Blu-ray product offerings from Arrow Video — MVD Entertainment Group will be directing the sales and distribution effort.

Natasha works at a zoo, lives with her mother and is in her early fifties.  Alone.  Unwanted.  She’s the butt of jokes at work — what’s a seven-letter word for Hippo?   N,A,T,A,S,H,A … get it.

But then a magical thing happens, Natasha grows a tail.  Yes, a tail.  Ah what the hell, how much worse can it get … so she flaunts it, spruces herself up and even has a fling with a younger man, Petya (Dmitri Groshev), who is the X-ray tech responsible for examining the odd growth.

Tverdovsky has created, in Zoology, a social satire on life in Russia.  A country that offers such promise, so many riches, and yet is stuck in some sort of never ending tale — or is it, tail? — of despair, where “women seem wicked when you’re unwanted” and church and state doctrine combine to crush the unorthodox. 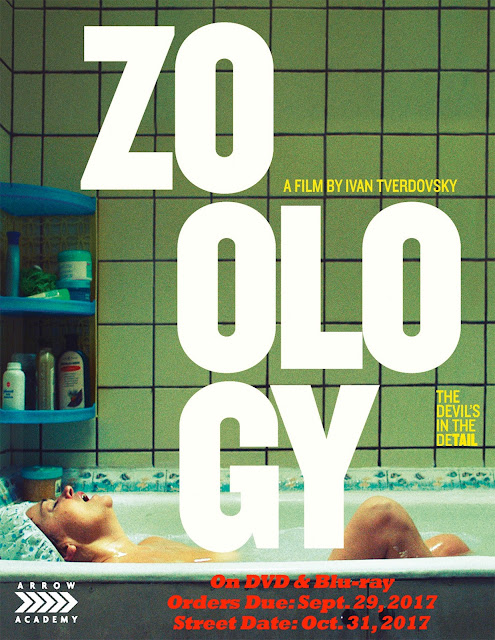